And Then There Were Four

The Divisional Round of the NFL Playoffs is in the books, and four teams remain in the hunt for a Vince Lombardi Trophy: the Philadelphia Eagles, Kansas City Chiefs, Cincinnati Bengals and San Francisco 49ers. Window film comes before football, but industry professionals share a collective fandom spanning decades. 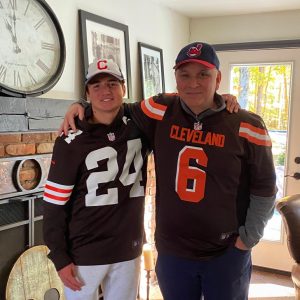 “Who Dat!” exclaims Geoshield Window Film president Burns Mulhearn. “Being from Louisiana, I have been a New Orleans Saints fan my entire life. We grew up cheering for the Saints even though they may be the underdogs. When the Saints won the Super Bowl, that was the biggest party that city has ever seen—that is saying a lot.”

As far as Super Bowl LVII’s victor, Mulhearn is rooting for the underdog. Window Film Pros founder Patric Fransko grew up 16 miles from the Cleveland Browns stadium and holds season tickets for the team the city loves “regardless of record.”

“Being at the win over the New York Jets that broke our losing streak of over a full season,” Fransko says of his favorite memory. “The stadium was crazy.” 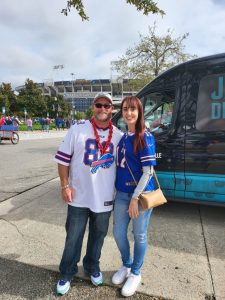 CoolVu East Coast support director David Karle’s fiery fandom for the Buffalo Bills has burned brightly for 40 years. When recounting his all-time memory, a single game comes to mind—the Buffalo Bills versus the Houston Oilers in the NFL Playoffs of 1993, where his unit overcame a 35-3 deficit on its way to victory.

“As a kid, it was all about Jim ‘Machine Gun’ Kelly, Bruce Smith and Darryl Talley,” Karle says. “My heroes as a young man.”

“I’ve been a Dallas Cowboys fan for as long as I can remember,” Jernigan says. “I grew up in the ’90s when they were good, and it hasn’t changed. My favorite memory is this year—winning our first road playoff game in I can’t remember how long.”

“I grew up here in the Fredericksburg, Va., area, so I’ve mostly been a Washington Commanders fan because my dad was,” says Bryan Hovey, web developer at KMR. “My first real memory of watching football was the ’71-’72 season when Miami beat Washington 14-7 when they went undefeated. In 1975, my stepfather at the time was a Marine, and we were transferred to Oahu, Hawaii. I didn’t get to see many Washington games but saw plenty of Steelers games, so from ’75-’77, I was a Pittsburgh Steelers fan.”

Nick St. Denis, KMR’s director of research, at a New York Jets game 13 years ago with his sister and late mother.

Hovey’s KMR career spans two decades. Before joining the team, he leveled up in the restaurant industry.

“I had a job bartending at a country club, and one afternoon, Joe Theismann came into the bar from the golf course,” Hovey recalls. “I got to meet and chat with him for a few minutes. He was in town working on an endorsement contract I believe. Pretty nice guy.”

Nick St. Denis, KMR’s director of research, has been a New York Jets fan for more than 20 years.

“Growing up in Northeast New York, there really was no ‘local’ team. I’ve always been the contrarian type … everyone around me were Giants fans, so I went Jets. It’s been all downhill since,” St. Denis jokes.

“My favorite memory as a fan was the time I wasn’t a fan,” St. Denis says. “The summer after graduating college, I was fortunate enough to get to cover Jets training camp for a week for a publication I was working on at the time (was a sports journalist in a previous life). I got to interview a bunch of players such as Tony Richardson, LaDanian Tomlinson, D’Brickashaw Ferguson, etc., and sat in on Rex Ryan’s press conferences. It was also the year they were on HBO’s Hard Knocks, and in the middle of back-to-back AFC Championship appearances, so it was great timing.”

As for me, I’m a lifelong Atlanta Falcons fan who’s still not over the collapse of Super Bowl LI in 2017 (insert 28-3 jokes) … Nevertheless, go Falcons!

Editor’s Note: Feel free to connect with me at ccollier@glass.com to a chat about the latest NFL happenings. And keep up with the window film world on the go by following our Instagram—Windowfilmmag.