Reader of the Week: John Little 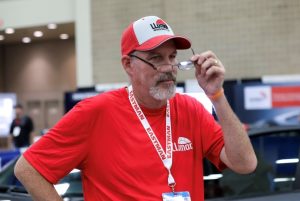 John Little owns All Pro Window Tinting in Decatur, Texas, and has been cooling down homes, cars and tractors for 37 years. As his industry experience nears four decades, he reflects on the ability to earn a living from window tinting.

“I’m proud that I’ve made a good living, supported the family and owned property,” he says. “I’m in the process of buying another piece of property that joins the two properties I have here. I feel good about that.”

Little founded All Pro Window Tinting with his brother Jason in 1990. Decatur, Texas, is filled with farmland. John Deere, Kubota, Case IH and New Holland dealerships supply the region’s farmers with tractors for cutting and bailing hay. In Tractor Tinting: Is it Worth the Trouble?, Little spoke on the estimated 400 tractors he’s tinted during his 32 years in business.

“They’re time-consuming,” Little says. “When I was first doing them, I wasn’t getting paid enough.”

Increased consumer awareness allows Little to charge more for the work, which produces between $1,000 to $1,200 and lasts four to six hours depending on skill. He uses a heat box to demonstrate the performance of ceramic film and standard film. For a proper installation, Little says tinters need to take the tractor apart. That includes seals, hardware, door latches and occasionally more. 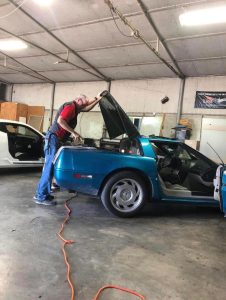 “Sometimes, you need to take the whole window out,” Little adds. “In most cases, taking the whole window out is better, especially on the quarter windows and back glass. A lot of tinters don’t want to go to that trouble. They’ll cut around that, and it usually gets a lot of trash and contamination in there.”

The story was windowfilmmag.com’s most-read of 2022. In New Year, New Me: Film Shops Rev Up 2022 Resolutions, Little touched on the importance of leaning on others’ shoulders during his nearly 40-year industry run.

“At my age, and my body breaking down, especially with getting COVID, a good goal that I would like to [pursue] is to step back, run the business, deal with customers, answer the phone and have somebody else do the physical work,” Little says. “For many years, we’ve [had] a mindset where we want all the money. Now we’re realizing we wish we had trained people and brought people up under our wings to work for us.”

Little attended the International Window Film Conference and Tint-Off (WFCT) during Texas renditions in 2016, 2018 and 2022. He competed in WFCT’s Automotive Tint-Off in 2018 and 2022.

He’s yet to hold a trophy, but he’s already won the biggest prize.

“[I was] someone who had integrity and helped those who needed help along the way,” Little says of his biggest achievement. “That’s the only thing I care about. I’ve had lots of people reach out to me over the years. I guided them the best I could.”