Reader of the Week: Jesse Izabal

The WINDOW FILM magazine and PPFMag community is home to thousands of dedicated readers. That community—and its camaraderie—are displayed at each International Window Film Conference and Tint-Off™ (WFCT). This week, we launch a new series spotlighting the professionals that make our events and industry coverage possible. 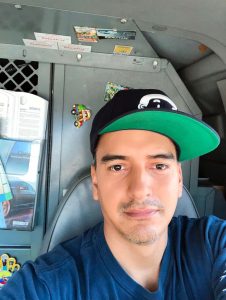 Jesse Izabal entered the industry in high school in 1996. He was an installer at Paradise Window Tinting, a small window tint shop in Lawndale, Calif., where he furthered his craft and refined the skills required to apply films to windows. Four years later, he founded Face Window Tinting in Torrance, Calif., to provide a mobile tinting service built around his customers’ schedules. Today, he reflects on nearly three decades in the industry.

“Never giving up and knowing my self-worth,” Izabal says of his proudest accomplishment. “In the early days, my bank account would be at zero. But mentally, I would be totally positive because I knew what I was capable of doing. Money was around the corner—you just have to hustle and focus.”

Izabal has been featured in magazine and newsletter articles during his extensive career. In Window Film Wizardry: Catering to Customers with Tint Wiz, Izabal dished out his thoughts on the customer relationship management software system founded by Erik Devash.

“I’m so happy that Erik Devash is involved with the window tint community because a lot of positive things come out of it,” Izabal said.

“You may ask why we call ourselves Face Window Tinting. We protect one of the most important and distinguishable portions of your body—your face. All faces are unique and need protection from the harmful elements of the sun. Most people forget to put on sunblock to protect their skin or wear sunglasses to protect their eyes from harmful rays that can hurt your vision. We solve this problem by using the best films and products available.” – Jesse Izabal, president/installer at Face Window Tinting in Torrance, Calif. 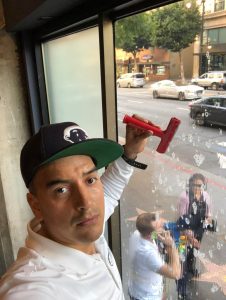 Jesse Izabal has been featured in several articles.

“It’s a trickle-down effect, with manufacturers’ yearly product costs increasing and gas prices going up simultaneously,” Izabal said. “My costs to do jobs are going up as well. Some jobs take longer to get approved, and I have to readjust my quotes if it’s been a while since we first submitted them.”

Izabal has yet to attend a WFCT, but that changes with 2023’s rendition in Virginia Beach, Va.

“That’s something I want to do, just to say that I did it,” he says of competing in the event’s various competitions.