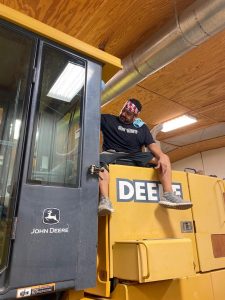 Gonzalo Garcia, owner of PRO Tinting in Roswell, N.M., was featured in Tractor Tinting: Is It Worth the Trouble?

1. Tractor Tinting: Is It Worth the Trouble?
Decatur, Texas, is filled with farmland. John Deere, Kubota, Case IH and New Holland dealerships supply the region’s farmers with tractors for cutting and bailing hay. John Little owns All Pro Window Tinting in Decatur and has been cooling down tractors since he began tinting them in 1990. This year’s most-read story analyzes the trials and triumphs of tractor tinting.

2. Five Mistakes New Shop Owners Make
Chris West, XPEL’s director of automotive films, snagged several spots on the list by blogging about pertinent industry topics to advance dealers forward. “Let’s talk about some of the mistakes I commonly see new shop owners make,” he said. “The five I’ll cover are errors I made—and learned from—the hard way. If you avoid these, you’re off to the races.” 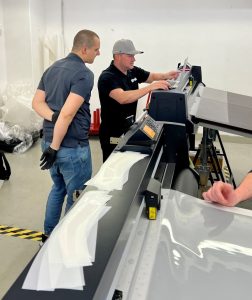 4. GM Files Patent For Display System With Window Tinting Capability
GM Global Technology Operations LLC submitted a patent with the U.S. Patent and Trademark Office for a display system that can tint the windows of a vehicle. It could be incorporated into one or more windows of a vehicle as well as navigational and driver assist systems. “By tinting several of the windows, the controller limits greenhouse effects when the vehicle is parked on sunny days, such that there is reduced energy needed to cool the vehicle,” GM writes. “Additionally, there may be situations in which the sun load is so substantial that it may be difficult for air conditioning systems to cool the vehicle to the temperature desired by the occupants.”

5. The Art of the Fire Sale
Chris West, XPEL’s director of automotive films, blogged, “I am amazed at the growth our industry has seen through the recent pandemic that has affected and rewritten life as we know it. Despite economic strains, shops have continued to stay busy and grow more than ever. But as our economy comes into some challenging inflationary moments and supply chain issues plague the automotive industry, the automotive aftermarket industry is beginning to experience intermittent slowdowns. I want to address some sales tactics I have used and seen in my travels that can help a shop navigate slow periods.” 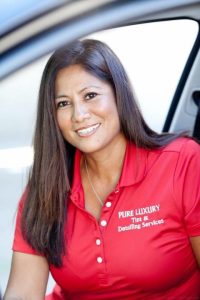 7. Compensation Plans: The Pros and Cons of Each
Chris West, XPEL’s director of automotive films, blogged, “I have met many shop owners in the industry, and we have frequently talked about compensating employees. In this article, I want to break down the compensation plans I have seen over the years.”

9. Losing Labor: Film Shops Discuss Employee Retention
Hiring—and keeping—a stockpile of experienced installers is on every owner’s wish list. It’s been a challenge for Kyle Fuller of Tint Pro in Warner Robins, Ga., whose workforce diminished by 40% at the start of 2022.

WINDOW FILM magazine’s team thanks its readers for tuning in and wishes everyone a Happy New Year. Please reach out to editor Chris Collier at ccollier@glass.com for potential story coverage in 2023.