In July, I traveled to San Antonio to meet with industry suppliers and dealers ahead of the 21st Annual International Window Film Conference and Tint-Off™ (WFCT). Then, from September 14-16, we all took part in the most expansive WFCT to date—fitting for Texas. I make my way back to the Lone Star State to observe and cover Autobahn Window Films’ efforts to construct a more-skilled labor force for dealers to pull from.

As detailed in Training Day: Cultivating Next-Gen Installers and Practicing for Perfection: Trainees Shadow PPF Veterans, a 100-foot roll of film and a squeaky-clean squeegee are of no use without experienced, agile applicators. Key industry suppliers and companies combat the need with training programs for beginners and experts alike. 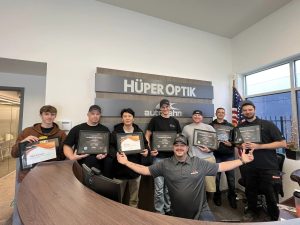 In 2021, I had the opportunity to shadow installations at three different shops: Pro Window Tinting in McKinney, Texas, Green Valley Window Tint in Henderson, Nev., and Palmetto Protection Films in Myrtle Beach, S.C. This week, I have the chance to cover and shadow a training session at Autobahn Window Film’s headquarters in Houston.

Hosted by Gonzalez of Texas Heat Tint in Huffman, Texas, the session will cover the art of architectural window tinting. I look forward to spotlighting Autobahn’s efforts to advance the industry through instruction.

Tune into the Focus on Film e-newsletter next week for a closer look at the program.