National Apprenticeship Week: Finding the Future of the Film Industry 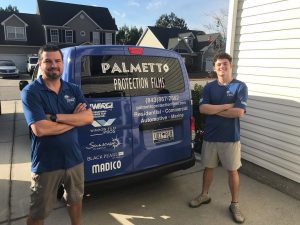 “Matthew and I knew that we were expanding the business and needed to hire an employee,” Kristy says. “We’re aware of mannerisms, behaviors, the ability to multi-task and being 100% customer-service oriented.”

The Yelles were in the middle of dinner at a Myrtle Beach restaurant dubbed The Grumpy Monk when they crossed paths with server Donovan Whitley. The then 20-year-old Whitley had experience in the restaurant industry, having been a busser, cook and server at several establishments. He also ran a lawn-care service, Coastal Maintenance Solutions LLC.

“I was doing my job as a server, having a normal day,” Whitley says. “I get a table, and it’s a family of four. I go up to them, introduce myself, and they’re a kind group of people. They talked about Palmetto Protection Films, gave me their card and from there, it sparked an opportunity . . . I came out and saw what the job would entail—we could both tell it would work out. I put my two weeks in the day after that.”

Whitley had no prior knowledge of the window film industry, but it didn’t matter to Matthew, who started working at a flat-glass-only company when he was 18 after a stint in floor cleaning. The 20-year veteran saw an opportunity to train the future of his business.

“I’m very particular about who I hire,” Matthew says. “He kept double-checking to make sure everything was good with our table and had professionalism. I was like, ‘This guy is worth the time and effort we’ll have to put in to make a good window tinter.’”

The Master and the Apprentice 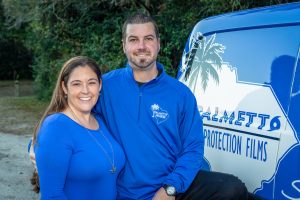 Whitley dove into the window film industry on December 6, 2021, scraping away old film and observing Matthew’s installation processes and techniques. In the year that followed, Palmetto Protection Films achieved several feats. The company was selected as Madico’s Dealer of the Year, and the operation has seen sales increase dramatically.

Just a few months after hiring Whitley, Matthew hired an apprentice-turned-master Kasey Rogers. Matthew had trained him six years prior at a different dealer. Today, as the lead installer, Rogers takes on the task of training an apprentice of his own in Whitley.

“It’s [rewarding] as a business owner to watch people grow and not have to second guess everything that they’re doing,” Matthew says.

On December 19, 2022, just over a year after its initial employee addition, Palmetto Protection Films opens its first brick-and-mortar location. Matthew is currently in a sales and networking role, overseeing the future of the business with his wife, along with a former apprentice and a trainee nearing the end of his instruction. 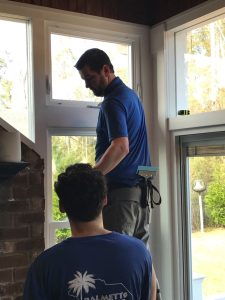 The need to build and support the next generation of tinters, wrappers and coaters is vital to the window film industry. The 2022 International Window Film Conference and Tint-Off™ (WFCT) offered Career Day, a new program inviting local high school and vocational school students to attend the show for a day of learning and an introduction to the industry.

“We want our guests to come away with a new awareness of the many possibilities available in film and auto glass careers,” says Debra Levy, WFCT managing director. “This is an exciting time for our industry, and interest in this new program has been outstanding.”

The move aligns with almost a decade of National Apprenticeship Week celebrations. Stay tuned for the second rendition of Career Day at WFCT 2023 in Virginia Beach, Va., from September 20-22, 2023.