Josh Buis joined Scorpion Window Film in January 2011, climbing to a chief operating officer role. As 2022 comes to a close, Buis begins a new journey as vice president of international sales and private label for American Standard Window Film. I caught up with the industry veteran to discuss his football coaching career, his career in film and his latest move. 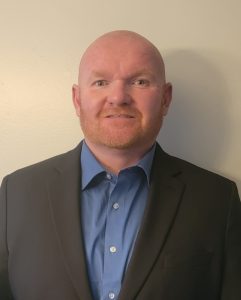 WF: What inspired you to join American Standard Window Film?
Buis: I always look to grow personally and professionally. I thought this was an opportunity to dive more into the window film industry from a manufacturing standpoint; to be on the cutting edge in developing products and working with large international companies.

WF: What will your typical day entail?
Buis: I spend my day cultivating new relationships, expanding American Standard’s reach all around the world and developing relationships with people we already do business with—our current international partners and our current domestic partners.

WF: Reflecting on your long tenure at Scorpion Window Film, what do you hope to accomplish in the decade to come at American Standard Window Film?
Buis: From the time I wake up, how can I make American Standard better? And the best way to do that is to help my customers be better. If they are a better version of themselves because of us, they grow and as a byproduct we grow.

WF: You served as a football coach for nine years, with stints in the Mid-American Conference and the Big Ten. How have you intertwined football coaching and recruiting with film?
Buis: It helped me develop my ability to communicate with people and sell. One of the hardest things to sell is a mom and dad giving me their 18-year-old kid for five years. If they’re willing to trust you enough to develop him as a man and a football player … I can sell some window film if I can do that.

WF: Are you surprised at your extended stay in the film industry?
Buis: There are two things that I think I’m good at, and I hope that people think I’m good at: coaching football, and window film. I have the intention of American Standard Window Film being my last stop. I got a good 25 years left in me.