The New Products of the 2022 SEMA Show

The 2022 SEMA Show wrapped up on Friday, November 4, serving up a new slate of products and services for window film industry professionals. Installers and business owners returned to their shops with future successes in mind. 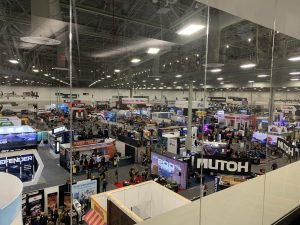 An aerial view of the West Hall.

“We have some new products,” said Pierre Chraghchian, CEO of American Standard Window Film. “On the flat glass side, we’re introducing a non-reflective, non-absorbent 10%/20% [VLT film]. On the automotive side, we have a new ultra-clear 70%/75% [VLT] film with extremely low haze.”

The 2022 SEMA Show was the second consecutive show following 2020’s all-virtual ‘SEMA360.’ When comparing last year’s show to this year’s, Chraghchian said, “COVID is in the rearview mirror, but I think everybody is worried about the economy and the future. It’s been a good turnout, but I cannot say that we’re back to normal yet.”

Sharpline Converting showcased its CXG-9 Ceramic and Graphene Coating this year. The product protects paint from harmful UV rays, prevents stains and damage to automotive clear coats caused by bird droppings and chemicals, repels water, bugs, tar and other hazards, reduces water spotting and has a candy-like gloss appearance, per the company. 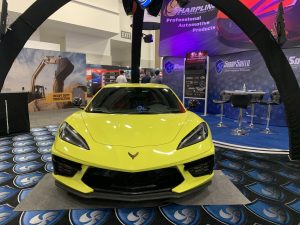 “There’s more energy this year,” said Greg Duchinsky, marketing director for Sharpline Converting, which has exhibited at 36 shows. “The thing I can say about the COVID show from last year is that the quality of the attendees was very high even though there were fewer attendees … It was nice to have things not as hectic. But this show has been good. I’d put it on par with shows we’ve done the last four to five years.”

The P.O.D. Pressure on Demand Steamer system was created for “a purposeful delivery of a ‘Extremely High Percent Quality Steam’ (also known as EHPQS) to be delivered from a specified distance and produce a combination of steam type, temperature, and velocity necessary to be most effective in various types of vehicle film application and removal techniques.” Pressure on Demand CEO Daniel Gill demonstrated the product at SEMA. 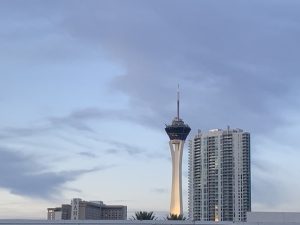 The 2022 SEMA Show brought the products—and the views.

“The SEMA Show exhibit was very successful for us because we have many candidates for distribution in the states and other countries as well,” said Sarah Kim of Ivios.

“This is a huge advancement for me in my career,” Knight said of his new role. “I will recruit, build and manage the sales team. I work closely with leadership teams to establish brand presence and awareness in the North American market.”

Industry supplier Filink displayed its PPF line up, featuring its pearl PPF, on the floor of the 2022 SEMA Show.

“We have been [exhibiting] since 2014,” said Kyoungduk Yun of Filink. “I can meet different people from all over the world.”