WFCT’s Winners Circle: Nobody Said it Was Easy

Competitions at the 21st Annual International Window Film Conference and Tint-Off™ (WFCT) were home to the world’s best tinters, paint protection film (PPF) applicators and decorative film creatives. But like anything worthwhile, a podium finish was all but a cakewalk. 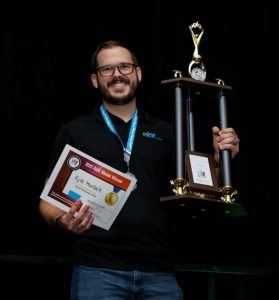 “There’s so many extremely good tinters that came out this year,” said Jason Teasley of Tint Pro and Accessories in Lowell, Ark. “I had no clue I was going to be in this position. I am blessed to be here, to compete against these guys and learn the things that they’re teaching.”

Teasley placed first in the Automotive Tint-Off™ Division after placing second in the same competition a year prior. Kyle Murdock of Oz Braz in Gilbert, Ariz., earned Gold in the Paint Protection Film Division after several years of impressive podium finishes in the PPF segment. He won Gold in 2017 and Silver in 2018 and 2019.

For some, a first-place finish is propelled by the day-to-day grind. Josh Miller of Green Valley Window Tint in Henderson, Nev., placed first in the Architectural Tint-Off™ Division by leaning on routine.

“I install flat glass every single day, so that definitely helps,” Miller said. “I definitely feel a lot more comfortable now that I’ve competed a couple times. You wouldn’t think it even though you do this all day, every day—but as soon as there’s a timer on and a crowd, you get pretty nervous. I didn’t feel that too much, so I was able to work normally.” 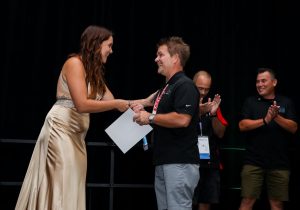 “It was exhausting and full-on because we had a lot of elements to put together,” said Brent Caithness of Complete Film Solutions in Booragoon, Western Australia, who earned Gold. “But it was fun—I really enjoyed it.”

Molly Reynolds of Sunsational Solutions in Austin, Texas, earned Silver in the Decorative Film Competition by leaning on her squad.

“It was absolutely amazing,” Reynolds said. “This was the first time that WFCT had a team-based event, and our teamwork was a major element. We all got into the booth and did what we did every day to the best of our ability, and we’re amazed by the outcome. All of us are excited by the idea of participating again next year and already have a lot of exciting ideas.” 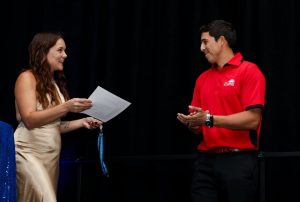 “It was my first time competing at WFCT, and I am very surprised at how much this competition is focused on quality rather than speed,” Yakobchak said. “I truly prefer it this way. Honestly, I didn’t expect to even get into the finals, let alone get a Silver Medal. I am very proud of second place, especially considering I was competing against well-known guys, previous winners and guys who compete regularly.”

Maksim Kutsenko of Sun Stoppers Glass Tinting in Charlotte, N.C., took home Bronze in the Automotive Tint-Off™ Division and said he finds new ways to improve with each event.

“This is the fifth time I have competed at WFCT,” Kutsenko said. “Each year, it is a pleasure to meet and learn from other tinters who are at the top of their game. It is an honor to compete with the world’s best and make it to the finals—let alone place in the top three.”

Stay tuned for location details of next year’s showdown, and click here for a list of past winners.