Lambeau Field’s capacity stands at a hefty 81,041, but on October 5, 2020, the stadium was nearly empty. The Atlanta Falcons and Green Bay Packers dueled that night in an eerie scene. It was a Monday Night Football battle free of fans due to COVID-19. Today, NFL Sundays—and industry events—hold a familiar vibe that fleeted at the onset of the pandemic. 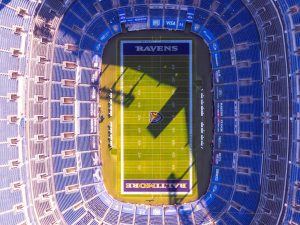 Seven hundred and twenty days later, this past Sunday, my Atlanta Falcons battled another conference foe in the Seattle Seahawks (and won, for what it’s worth). 68,740 is the final tally of fans that attended this matchup. As a football fan, I can’t tell you how much I missed the energy of nearly 70,000 screaming at the top of their lungs for one common cause—victory.

I’ve been a Falcons fan since 2010, and viewing games with thousands of fans became routine. But COVID took the luxury of attending games away from many for the 2020-2021 season. Right after joining WINDOW FILM magazine, I witnessed in-person connections at the 2021 International Window Film Conference and Tint-Off™ (WFCT). Like friends and family reuniting for a game at their NFL stadium of choice, WFCT 2021 represented a return to form for many.

This year’s WFCT was that and more. Hundreds of amplified attendees buzzed outside room 214 at the Henry B. González Convention Center on day two of WFCT. Just minutes later, Dirty Jobs’ Mike Rowe took the stage and spoke to a capacity room for a keynote sponsored by Autobahn Window Films.

The event was standing-room only, and, as attendees can attest, the energy was amplified. COVID may have temporarily stolen our ability to gather and unite as one, both at NFL stadiums and industry events, but that hiatus has made in-person events even sweeter.

From the field to the convention center, it’s good to be back.