Industry Veteran to be Inducted Into Window Film Hall of Fame 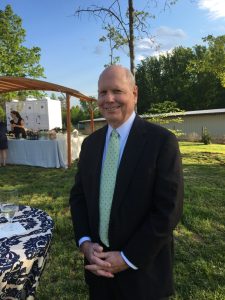 Veteran window film industry owner Joe Cobbe, president/CEO of Maxpro Window Films, will be the next person inducted into the Window Film Hall of Fame, sponsored by WINDOW FILM magazine.

“It’s a surprise and an honor,” Cobbe says. “There’s a lot of folks that have been in this business a lot longer than I have and are probably more deserving. I am flattered for it to happen; it’s a great industry with a lot of great people.”

Cobbe founded Commonwealth Film in 1985 and Commonwealth Laminating and Coating in the early 1990s. The company was acquired by Eastman in 2013.

Drafted into the U.S. Military, Cobbe served from November 1966 to September 1969 and earned the rank of First Lieutenant. He also has been a certified public accountant for more than 50 years. From June 2004 to June 2006, he was the mayor of Martinsville, Va. He helped create Maxpro in 2012.

“Opportunity and hard work—being able to recognize opportunity and putting the work in to accomplish it,” says Cobbe of his varied career paths.

Elizabeth Dillon, Maxpro executive vice president of sales and marketing, shares a connection of more than 20 years with Joe. “Joe has been involved in the window film industry for a long time,” she says. “Most folks have no idea exactly what all he’s done to help start the industry.”

Cobbe will be recognized and inducted into the Window Film Hall of Fame during the 21st Annual International Window Film Conference and Tint-Off™ (WFCT) on September 14 at the Henry B. González Convention Center in San Antonio.