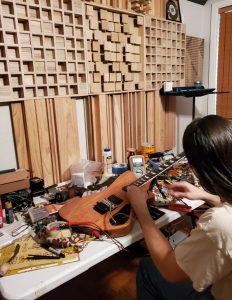 Salvador Hurtado has worked on the project for two years.

Hurtado wrote, recorded and mixed the project in-house. Nick Landis of Nick Landis Mastering in Austin, Texas, mastered the project. The album, which is primarily instrumental with few lyrics, drops on July 17.

“Imagine mild hip hop music and blues merged into something new,” says Hurtado of the album’s vibe. “It’s a mixture of all my influences—from classical music to jazz to hip hop to blues to heavy metal. It’s guitar-driven. There are multiple guitars in every song.” 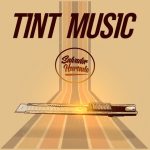 Each track incorporates a minimum of five to six digital and physical instruments. 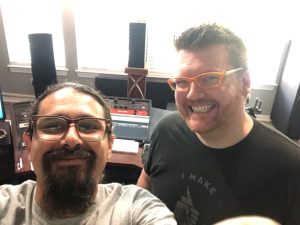 “I was self-critical because I did [a lot],” says Hurtado, who spent two years constructing the collection of songs. “I went through the process until I found nothing I could make an excuse for.”

Today, Hurtado is the vice president of Sal’s House of Tint in San Marcos, Texas, where his days are a harmonious blend of both skill-centric segments.

“The songs are about making money and hustling; that’s what we’re doing,” says Hurtado, whose company solely installs ceramic tint and is currently scheduled six weeks out. “You can vibe out on it, or you can turn it down, ignore it and get to work. It’s all dependent on the volume. There’s a lot there.”