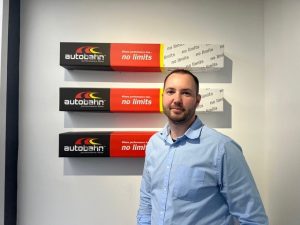 “Kiger brings over a decade of specialized experience in the coatings and paint protection industry,” says David Kratz, chief operating officer of Autobahn, Huper Optik and Edge. “Having received many certificates for his accomplishments and becoming a well-respected veteran in the PPF community, Kiger enjoys sharing his product knowledge with the community. Tony will be a valuable resource for our dealers, and we are excited to see him take the next step in his career here with us.”

Cars are a constant in the WINDOW FILM magazine Film Star’s career. Kiger worked in Coshocton, Ohio’s, Walmart Auto Care Center as a tire and lube express (TLE) technician from 20 to 24, detailing part-time in his parent’s garage. He then took on detailing at a Volkswagen dealership in Columbus, Ohio, in 2008 and a Cadillac dealer in 2013. His most recent gig came at Ultimate Auto of Orlando, Fla., as lead PPF installer.