Why a Succession Plan is Vital to Your Business

James Kirk Jr. died in his sleep on March 18, 2022. The 40-year old Kirk, who owned 1st Pane Glass and Calibrators in Rock Hill, S.C., passed before writing a will or signing an operating agreement in the event of a business partner’s death. The fate of that glass-related business is now in the hands of a probate court. Cedro Rodriguez, president of ADS Window Tint in Kennewick, Wash., is taking steps to avoid such an outcome for his company, should he meet with an untimely demise. 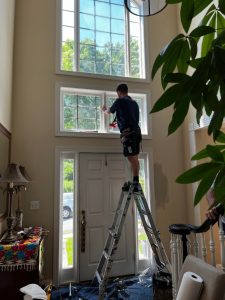 “My focus has always been the safety and security of my family,” says Rodriguez, whose succession plan keeps the business in his family. “Our oldest daughter is 27, and she was raised in the industry. She’s been with us for five years now; she’s our shop manager and an officer in the business. We have a built-in failsafe, a fortunate thing for us.”

Business management consultant ALL Strategy in Vancouver, Canada, says that family businesses comprise 80 to 90% of all firms worldwide, and the largest 500 generate $6.5 trillion in annual revenue. Rodriguez, who also works with his wife, understands the unpredictable nature of life.

“My dad tragically passed away,” Rodriguez says. “He had a heart attack more than a year ago, and we’re still reeling from that. He worked with me for 11 years in the business, which was great. Working with family is the best and the worst. I’m glad I had the opportunity to work with him. He would have only been 67.”

According to financial media website Investopedia, the “term succession planning refers to a business strategy companies use to pass leadership roles down to another employee or group of employees. Succession planning ensures that businesses continue to run smoothly and without interruption, after important people move on to new opportunities, retire or pass away.”

Succession planning frequently signals training the next generation to take over the business. Planning evaluates a leader’s skills, “identifying potential replacements within and outside the company and, in the case of internal replacements, training those employees so they’re prepared to assume control.”

There are special considerations to weigh when constructing a succession plan.

Joe DelGiorno leans on his crew in 2022.

“One way to succession plan in a business partnership is for each partner to purchase a life insurance policy that names the other partner as the beneficiary,” the article states. “This type of succession plan is called a cross-purchase agreement and allows the surviving partner to continue operating the business.”

If a partner passes at a time when the when the surviving partner would not otherwise have enough cash to purchase the deceased partner’s ownership share, the life insurance proceeds render that purchase possible.

Key person insurance, also called key man insurance, is another critical facet of a potential succession plan. According to American personal finance company NerdWallet, it a “life or disability insurance that a business carries on its core employees. If the key person dies or becomes disabled, the insurance policy pays the business to help replace them.”

“A friend of ours who had a mechanic shop died, and it became a huge mess,” says Joe DelGiorno, owner of Denver, N.C.’s, Tint Shop NC. “There was a lot of guessing. We’re going to re-do our will next month.”

Fifty-three-year-old DelGiorno works with his wife and currently has a succession plan to ensure his business’ survival in the event of death. “My middle brother was dead at 41, so you never know what could happen,” DelGiorno adds. “We’re not going to live forever.”

Sergey Yakobchak, owner of New Layer Customs in Troy, Mich., works with family, too. Yakobchak handles PPF installations and customer relations within the company’s walls, which rest 24 miles from Detroit. His wife Olesia assists with PPF and office work, while his brother Mike applies window tint and vinyl wrap. Yakobchak’s succession plan revolves around the duo.

“I don’t think many small owners look far ahead in the future and prepare their businesses for cases like this,” Yakobchak says. “However, you would be surprised—two out of three shops will probably be okay. Many, if not most, shops have two owners/partners, and many businesses are like mine—family businesses. I know of a dozen shops where both the husband and wife work together and usually have other relatives working in the shop, too.”

“I think it’s important to look at whole life insurance as not just a program but an investment opportunity,” Rodriguez says. “We also have term insurance for larger incidents. If something were to happen to me, I’m at the point where everything would be paid off—the home, business and any incidentals my family would need.”

Arranging a succession plan, diving into life insurance options and creating a will are serious undertakings. But Rodriguez hasn’t allowed the fear of the unknown to steal his joy. From his first coffee to lock-up, he operates with the same passion he did prior to preparation.

“The mindset I have is the same I had when we started,” Rodriguez says. “I can’t believe I’m 45, and while we are setting ourselves up for success and an exit, it still feels like business as usual. I’m excited to work on this new Rivian, [Tesla] Plaid and the latest Super Duty.”