Window Film Depot (WFD) is a family-owned and operated business headquartered in Marietta, Ga., and has been serving the United States since 1992, marking this year as its 30th anniversary. In honor of celebrating 30 years of business, Window Film Depot’s founder Jeff Franson and president Krissy Mosby shared the release of a special edition interview. 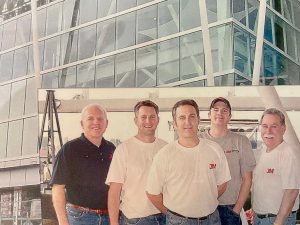 “[Window Film Depot] never limited any opportunity that came my way, or any opportunity within the company…I was never told no,” reflects Mosby on her employment with WFD. “I was always brought new opportunities based on what I had achieved…they would never leave me out because I was a woman, or new or anything like that.”

Embedded throughout the interview, Franson attributes the company’s success to the essential mindset of not fretting about the small stuff. “Control the things you can control, and don’t let the things you can’t control worry you or bother you, even though it might be expensive…things are going to happen that are out of your control, and if you sweat every detail, you’ll have a heart attack. Focus on blocking and tackling, and you should be able to survive.”

Mosby and Franson also discuss the role of women in the industry and reveal how the company continues to support the professional development of female employees into leadership roles over the years. The interview concludes with Franson’s advice to young entrepreneurs hoping to achieve similar success.