Kyle Horimoto has been named CEO of Hawaii’s T&T Tinting Specialists. Former CEO and founder Tommy Silva remains connected to the company by consulting Horimoto and the management team as chairman of the Board of Directors. Silva started the company in 1982 as a one-person mobile tinting service focused on car windows. 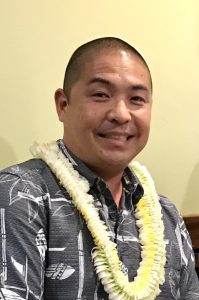 Kyle Horimoto started at the company in 1997.

Horimoto’s time at T&T began at the age of 18 in 1997 in the automotive division. Starting at the front desk, answering phones and scheduling appointments, he moved up in the company and began T&T’s Glass Graphics Division which now designs and produces window and wall art in the U.S.

“Horimoto is the perfect man for the job,” Silva says. “He’s young, but has over 25 years’ experience in the company, has worked in almost every post in the organization, is smart, easy to work with, innovative, a great problem solver and carries the same firm but ohana-type management style that I have.”

Prior to entering year 40, in October 2021, Silva transitioned 100% of the company’s total ownership to all company employees through a qualified retirement plan known as an Employee Stock Ownership Plan (ESOP). Silva has sold 100% of his stock to the ESOP trust fund, so the company is now 100% employee-owned.