Texas Motor Speedway features 20 degrees of banking in turns one and two and 24 degrees of banking in turns three and four. The grounds were home to the XPEL 375, a 248 lap, 372.8 mile Nippon Telegraph and Telephone (NTT) IndyCar Series race held from March 19 to 20. David Chukhman, president at Tritek Window Tinting in Garland, Texas, kicked off the race by proudly waving the green flag. 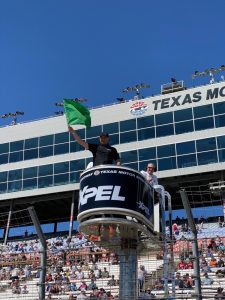 Chukhman kicked off the event.

“It was quite the experience to watch the cars go by at 200-plus miles per hour [MPH] right above the race track,” says Chukhman, an authorized XPEL installer. “It was also nerve-wracking because it could be catastrophic if you drop the flag on the track. Plus—I’m on live TV.”

Texas Motor Speedway was repaved and redesigned in 2017 and has produced memorable moments since the series’ inaugural race in 1997. Circuit of the Americas rests 222 miles from the track and played host to XPEL 225, a NASCAR Camping World Truck Series race on March 26. Protective film and coatings provider XPEL is revving its engine in the hopes of sharing its products with a fresh pool of automotive enthusiasts. Harry Rahman, director of architectural films at XPEL, says, “We want to pull demand and expand the pie for all of our businesses.” 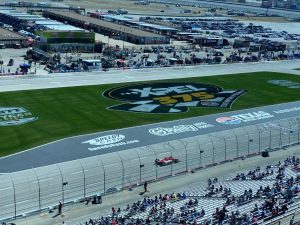 “We’ve connected the dots,” Rahman says. “When a NASCAR or IndyCar fan leaves, they will drive home and park somewhere. They’re going to drive to work the next day, park and sit in an office that may have windows or cubicles. As part of our business-to-consumer (B2C) strategy, we are focused on expanding the industry as a whole … the entire industry benefits.”

“I would [estimate] nine out of 10 people [coming to NASCAR events] don’t know the benefits of PPF,” Rahman says. “In terms of architectural film, I would say nine and a half out of 10 don’t know window film is a solution to their problem. They’re looking at better air conditioning, blinds, shutters and replacement windows. The goal is to get all of our businesses equal opportunity in front of this customer.” 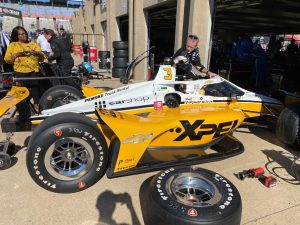 XPEL’s presence was felt in the stands and on the track.

XPEL recently announced the expansion of its Vision architectural window film product portfolio and commercial support services. The new films and services are designed to reduce the carbon footprint of commercial buildings by lowering peak-energy demand and maximizing heating, ventilation and air conditioning (HVAC) efficiency, according to the company. Rahman says its recent racing initiatives tie all segments together.

“We feel this particular vertical hits home with the type of customer we want to go after—someone who cares about their car, trusts us and then will trust us with their home and their building,” he adds.