One in 44 children has been identified with autism spectrum disorder (ASD), according to 2018 data cited by the Centers for Disease Control and Prevention (CDC). The disorder’s offensive was met with fierce resistance at Shore Tint and More in Seaford, Del., where more than 25 tinters met as one to raise $10,000 for Autism Delaware.

“I have friends and family with autistic children, so this [is] dear to my heart,” says Mike Powell, owner of Day To Night Window Tinting in Roanoke Rapids, N.C. “As tinters, it’s hard to close our shops but supporting and helping overcomes lost business because it’s not all about money. It’s about supporting and showing the world what our industry means, and it means family.” 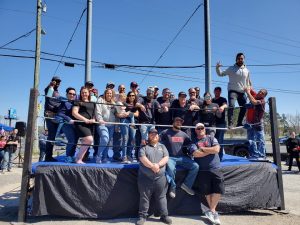 Dozens of tinters traveled to Delaware for the impactful initiative.

The group tinted 33 cars during the two-day “Tint-A-Thon” to kick off Autism Awareness Month, meeting their fundraising objective. XPEL supplied film for the gathering, which Smithfield, N.C.’s, Xtreme Shades inspired with its toy drive in December. Jared Becker, Shore Tint and More’s founder/CEO, says the business plans to hold a 2023 event that amplifies skin cancer awareness.

“It was not surprising because this group of brothers and sisters is amazing,” says Ashley Wilson Becker, office manager at Shore Tint and More. “They dropped everything they were doing that weekend, came to the small state of Delaware, and helped us without getting paid.”

Powell traveled five hours to the event and found himself applying film alongside dozens of installers. Jason Omoletski, owner of Omoletski Enterprises in Colorado Springs, Colo., traversed more than 1,500 miles to pitch in. Omoletski, who says the gathering is “what brotherhood in this industry is about,” raised money for the cause by designing and selling autism awareness clothing through his brand site. 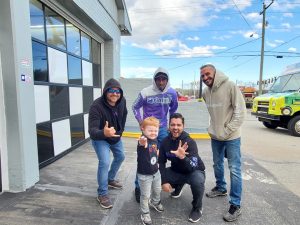 “The shirts were up for sale to benefit the event, and [they’re] still selling,” Omoletski says. “Right now, Tint’er Brand will be donating $460 from shirt sales to Autism Delaware. We will continue to donate as long as sales are coming through.”

Nipsy Mitch Goldman, owner of Tegridy Tint in Marrero, La., journeyed 1,200-miles and saw a substantial flight delay. Having dealt with a speech impediment as a child, he says, “I had to be there.”

“The participation of younger window tinters stood out,” Goldman adds. “Since the pandemic—and the social media craze—we see new and upcoming tinters getting the courage and inspiration from experienced tinters to participate in events. I believe our industry is growing faster than projected, and I’m excited to be a part of it.”