2022 is only three days away, prompting reflection on a year in its final lap. WindowFilmMag.com’s greatest hits from 2021 reverberate with variety. Legislative developments, female empowerment, company transactions and philanthropy comprise the industry’s hottest topics.

1. New Window Tint Legislation for this Year’s Session—Published on 1/27/21 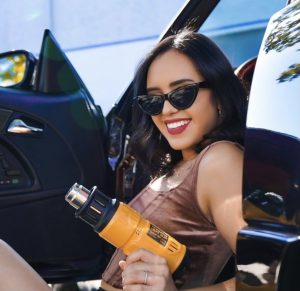 Luanna Souzza of Tint Pro in Sunrise, Fla., is part of the Women of Automotive Film calendar.

The second most-read story of 2021 sees the women of the film industry create a calendar titled the Women of Automotive Film. Ten women comprise the calendar’s pages, which emphasize the impact of females in a predominantly male space.

4. Owners of T&T Tinting Specialists Turning Company Over to Employees—Published on 10/12/21

Hawaii’s T&T Tinting Specialists Inc. grabbed fall headlines when it completed a transaction to become 100% employee-owned through its newly-created Employee Stock Ownership Plan (ESOP). Heading into its 40th year, T&T Tinting’s CEO Tommy Silva transitioned 100% of the company’s total ownership to all company employees through a qualified retirement plan known as an ESOP. Silva implemented this plan because he felt it was the most sustainable path forward for the employees of T&T while protecting the legacy he has built with them.

5. Window Film Community Rallies Behind One of Their Own—Published on 3/17/21

Film stars take care of their own, and 2021 was no exception. When tinter Donnie Dixon was diagnosed with a rare form of cancer and experienced difficulty with medical expenses, the film industry teamed up for a cause. 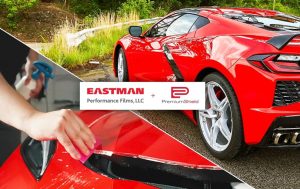 Eastman’s acquisition generated interest in the latter half of 2021.

Two company acquisition stories landed in this year’s 10 most-read stories. Eastman agreed to acquire the business and assets of Matrix Films, LLC and its UK affiliate, PremiumShield Limited, marketer of PremiumShield performance films, including its extended line of automotive film patterns. The transaction was completed on October 1, 2021.

XPEL announced its acquisition of five businesses in the United States and Canada. The acquisitions, which closed on October 1, 2021, include Shadow Shield, Shadow Tint, North 1 Technologies, One Armor and Tint Net.

This year’s top stories demonstrate an industry looking forward, not back. Despite pandemic pressures, companies kept tabs on legislation, grew through transactions and acquisitions, promoted diversity and inclusion and lifted others.

WINDOW FILM magazine’s team would like to thank its readers for tuning in and wishes everyone a Happy New Year.