America observes Veterans Day this Thursday by recognizing the bravery and sacrifice of the U.S. servicemen and women who have shaped the country’s foundation. From Florida to Oklahoma to Arizona, the film industry honors the service of past and present heroes by giving back. 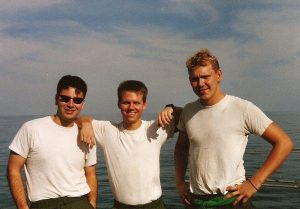 “Veterans Day is a day to recognize the sacrifice of those that have served to protect the freedoms we all enjoy in this country,” says Patric Fransko, owner of Window Film Pros in Newport Beach, Calif. “Whatever the branch or time served, someone put their lives on the line to serve this country.” Fransko served six years in the Navy as an aviation electronics technician, working on F/A-18 jets. He also worked on aircraft carrier flight decks and served in the Persian Gulf War. “Most of us want no recognition for what we did but freely applaud those that came before us and after us, fully recognizing the sacrifice involved,” Fransko adds. “It is truly my honor to have served alongside them.”

Several film shops show their appreciation through discounts. Solar Shade Window Tint in Jacksonville, Fla., Lake City, Fla., and Savannah, Ga., offers a year-round, 15% discount to all veterans and active duty servicemen and women. Owner Andrew Peeler served five years in the Marines from 2006 to 2012. His team is boosted by military experience spanning a number of service branches including the Marines, the Air Force and Navy. 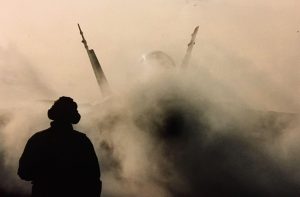 “We prefer veterans,” Peeler says. “We have the same mentality—to always push forward and complete the mission. We work as a team and the veterans have always risen to the top in my company based on pure attitude. Out of my 16 employees, five of us are veterans. You can truly see the distinction in work ethic, and the way they can teach new employees is a fantastic trait.” 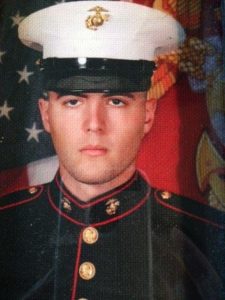 Andrew Peeler entered the military at 18.

Stanley’s Detailing in Pryor, Okla., offers 10% off the total invoice for any veteran or first responder annually. Owner Robert Stanley grew up absorbing stories from his grandfather’s time in the Marines during World War II.

“I listened to the greatest generation and what they did to protect our freedoms,” Stanley says. “From a young age, I’ve had a deep appreciation of the sacrifices and have always done what I can as a business owner to return my deepest appreciation to them.”

Florida Auto Tint in Miami, Fla., announced it would offer a military and first responder discount ahead of Thursday. Owner William Velez says the special is here to stay.

“The 10% discount for these important people in our society is permanent, meaning that anytime a person falling in this category requires window tinting services, our company will offer a special rate,” Velez says.

Billy Aiton of Pro-Tech Window Tinting in Scottsdale, Ariz., offers 10% off for veterans, active duty servicemen and women and first responders. He says, “I do it because it makes me feel good to show patriotism the one way I can.”