As the Airbus A321-200 (321) began its descent into Dallas, the warmer-than-usual October sunshine spilled into seat 24A—my aerial observation point of The Lone Star State. The clouds faded and the Dallas Cowboys’ three-million-square-foot stadium stood tall. Thousands of feet above AT&T Stadium—or ‘Jerry World’—I watched fans funnel into the behemoth for game day on the ESPN broadcast in front of me. I traveled to Texas for tinting, but I gained more than just industry knowledge. 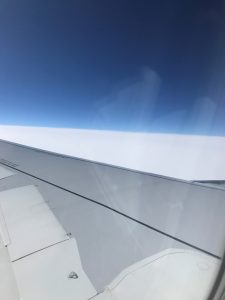 Quite the view, isn’t it?

I have spent all 25 years of my life in The Peach State. I flew for the first time during this year’s International Window Film Conference and Tint-Off™ (WFCT), which opened my eyes. As passengers routinely boarded the one-hour flight to Orlando, Fla., in June, the experience felt foreign and unique to me. My trip to Texas amplified my time at the Orlando County Convention Center.

You can’t travel to Texas and not begin the trip with a heavy plate of barbeque. So that’s what I did—right after I landed, I grabbed a brisket sandwich from Sonny Bryan’s Smokehouse (see photo below for a closer look). It kicked my trip off right. Later that night, I had Whataburger—a state-wide staple—for the first time.

As a southerner, I know hospitality when I see it. Jose Chimal, owner of Pro Window Tinting in McKinney, Texas, proved warmth extends west of Georgia. On day one, he allowed me to try an installation with purchased film. On day two, the 18-year film star began driving me back to my hotel each night to ensure that my Uber receipts didn’t pile too high. On day three, he reiterated what he had said throughout the whole week: “Any questions you have—ask me.” 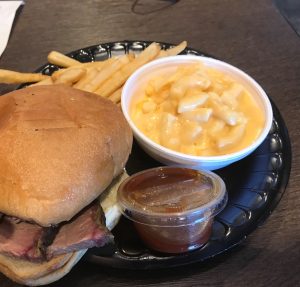 Visiting Sonny Bryan’s Smokehouse was my first order of business.

I learned about bottom loading, tint laws, customer service, security deposit policies, film costs, supplier-dealer management, performance and printing patterns with plotters. During the onset of my time in the industry, I have embraced not knowing it all. The only way to learn is to accept that you have room for growth, whether that’s in a classroom or a tint shop. Chimal never tore my knowledge down—he built it up. While I haven’t traveled much, this Texas trip was an all-timer for me. It grew me as a writer, person and a tinter in training. I look forward to making my return for WFCT 2022 in San Antonio.

When I shook Chimal’s hand and departed on day three, he made it clear: “You have a home here.” Five months into the industry, I can say that, without a doubt, I am most definitely home.

Email me at ccollier@glass.com if you’ll be at SEMA. I look forward to connecting with you.