Eastman Chemical Company has completed the acquisition of the business and assets of Matrix Films, LLC and its UK affiliate, PremiumShield Limited, marketer of PremiumShield performance films, including its extended line of automotive film patterns. 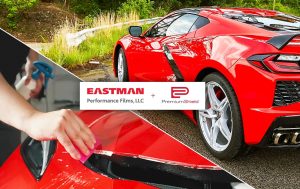 “The completion of this acquisition is another step in Eastman’s commitment to being a leading innovator and service partner for paint protection and window film professional installers,” says Erin Bernhardt, general manager of Eastman’s Performance Films business. “We’re extremely excited to add the PremiumShield team, assets, and dealer base to our Eastman Performance Films team.”

Terms of the transaction were not disclosed. The newly acquired business is part of Eastman’s Performance Films business of the company’s Advanced Materials segment.