Jordan ‘Shady Jay’ Jernigan’s life shifted in 2006. The then 15-year-old Arkansas native was at a crossroads after discovering his parents’ descent into substance abuse. His sole option was to run, and he was good at that. 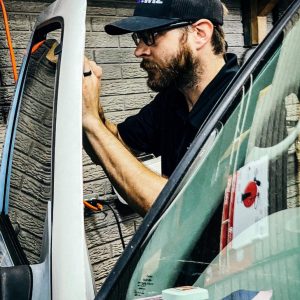 “I used to ride bikes around Conway and never be home,” Jernigan says. “I’d get home from school, get on my bike, go ride around and come home at dark. Dinner was cooked, so I just ate, went to my room and played video games.”

Jernigan was happiest on the football field; when he strapped his helmet on, he was in a different world. “I leaned on football. It motivated me to be better because it helped me focus. It was a way for me to distract myself from my own problems.”

Jernigan was a jack of all trades, playing receiver, linebacker, quarterback, and safety throughout his football career. But there was only so much pain the gridiron could shield.

“I played football, so I was oblivious to [drugs] in high school,” Jernigan says. “I never thought about people being on drugs. I never noticed until I found stuff and confronted my parents. I said, ‘Well, I can’t be around this. So I’m not going to be living here anymore.’ I had no idea what I was going to do.”

Jernigan lived with his girlfriend’s family for the rest of high school and enrolled to Arkansas Tech after graduating in 2008. He transferred to the University of Central Arkansas (UCA), where he studied business for two years. A trip to the counselor’s office revealed more questions than answers in 2011.

“I had a panic attack in the counselor’s office at UCA,” Jernigan says. “I turned 21, and I started to have questions about life. Am I doing the right thing? What’s wrong with me? Why don’t I have focus? I thought there was something seriously wrong with me.”

Jernigan self-destructed, running further away from his life in Arkansas. After dropping out in fall 2011, he craved an escape deeper than football and video games could provide. “It was the whole fact of, ‘Hey, my life sucks. Let’s go have fun. I had zero money to go do this.’” 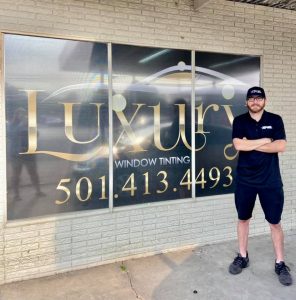 Jernigan hadn’t spoken to his parents in four years, and he wasn’t headed home anytime soon. He was traveling to Panama City, Fla. The spur-of-the-moment escape fizzled when Jernigan lost his phone, wallet and any chance of contact with his fellow spring breakers, who had slipped into the night. “I lived on the beach for about two or three months.”

The months dragged on. Jernigan secured employment as a bartender, but his life was still in flux. A year after his arrival, he was homeless due to a falling out with his partner.

“I saw a car that looked like hers,” Jernigan says. “It turns out it wasn’t her vehicle, but I was exhausted. I sat in the front seat because the door was open and fell asleep in the car. I woke up to a police officer knocking on the window. My feet were sitting on the horn at 4:30 or 5:30 in the morning.”

Jernigan was charged with burglary of a conveyance and spent nine months in jail, eventually being released on three years of probation. The warden bought him a bus ticket after he served his time. “My mom picked me up,” he says. “It was 12:30 at night. She drove me to my grandmother’s house and dropped me off. It was the one person that I didn’t expect to pick me up.”

From that point forward, Jernigan was determined to turn it around. He met his current wife in 2014 and began a six-year career in window cleaning that culminated in his current role as leading installer and shop manager at Luxury Window Tinting in Greenbrier, Ark.

“My favorite part about tinting is that I’m good at it,” Jernigan says. “I like to be good at stuff, and I’m not very good at many things. Tinting is the only thing I’m good at.”

Luxury Window Tinting offers residential and automotive tinting and averages $15,000 to $20,000 in sales monthly with Jernigan as the primary installer. He hopes to play an industry role that extends beyond numbers.

“I have this phrase—be who you needed,” he says. “I want to be that. I didn’t have anything. I didn’t have anybody to help me, especially when it came to the industry. When I get help, I have to give help because it feels so good.”

Jernigan’s nickname may reside in the shade, but he’s embracing the sunshine.