The Window Film Pros Facebook group, which has over 9,000 members, celebrated 10 years of networking, discussion and community on July 29. Patric Fransko, president of Eye Magnet Management, founded Window Film Pros on LinkedIn in February 2008 when social media was in its infancy and forums were beaming with life.

“The negative [with forums] I felt was that people could utilize user names,” Fransko says. “So instead of Chris Collier or Patric Fransko, you could be on there as ‘TintSlinger2020.’ People could hide behind a persona, and have really ridiculous types of conversations because no one was held accountable.”

Fransko says a source of inspiration stemmed from a desire to create an online community. 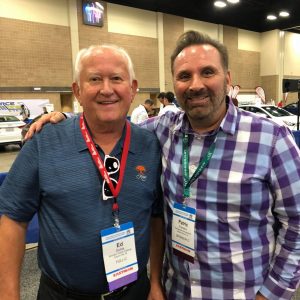 For Fransko, the group’s value extends beyond film-related posts.

“I will share motivational comments or quotes,” Fransko says. “To me, it’s a matter of, ‘Hey, we’re all in this to try to improve, and to move the industry forward.’ And that takes a lot of different forms. I think everybody that can add value to the group is encouraged to do so. . . . And that’s not just how to hold a knife or how to bottom-load film.”

Ty Sullivan, vice president of SPF Windows in Hattiesburg, Miss., has been dialed into Fransko’s mission from the jump.

“One of the most important aspects of any well-lived life is community, and Window Film Pros provides a hub for that within our industry,” Sullivan says. “It is a sounding board and a safety check that previously was not afforded to many of us. I go there and search keywords for anything I’m having issues with in my business to not only find comfort in the situation but also solutions.”

For Chris Robinson, owner of The Tint Guy in Woodstock and Kennesaw, Ga., the group has allowed him to forge consequential connections. 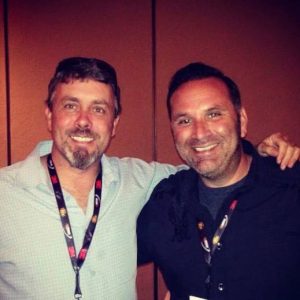 Chris Robinson (left) was one of the group’s first moderators. (Photo courtesy of Patric Fransko)

“We have some employees that have reached out on that group,” Robinson says. “One in particular who runs my Kennesaw location—he was in Texas and posted that he was looking to move to Georgia and within a matter of minutes, several of the members in the group tagged me. He reached out, and within a week or two, he was here. He was at a low point in his life. He’s been with me for three or four years now and just recently bought his first house.”

“One of the main drivers of business today is online presence and awareness,” Devash says. “To me, other than actually tinting the window, that’s most important. And I think a lot of people—Patrick’s a prime example. I discovered him through the group, and I’ve been able to recommend him to a lot of businesses—and he’s been able to make an impact. I think that sort of networking, even so coincidentally with the leader of the group, is a prime example of how it’s so valuable.”