Billy ‘Frickin’ Murray guides six Car Toys locations in Colorado. The managerial role is the latest stop in a career path that began at Mobile Electronics in Lagrange, Ga., in 2005. How did he grow into leadership, and what’s his connection to comedian Bill Murray?

“My name originated from people calling me, ‘Bill [. . .] Murray,’” Murray says. “I’m pretty sure it started with the movie “Zombieland” and then became popular on theChive. I thought it sounded fun, but wanted something that could reach a wider audience, so I went with ‘Frickin.’ My middle name is Frederick, so it fits pretty well. I finally adopted it when a friend called me ‘Billy Freaking Murray.’ I changed all of my social media accounts and started introducing myself as ‘Billy Frickin Murray.’” 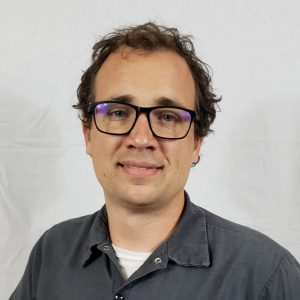 The nickname allowed Murray to stretch himself. His career climb began as a mobile electronics installer after graduating high school in 2005.

“I always saw myself trying to build a big business that catered to the team,” Murray says. “I saw early on how miscommunication between leadership and the team can create a lot of issues. I thought I would do something big—I just didn’t know exactly what.”

“He taught me window tinting, and he hounded on me for years,” Murray says. “He was like, ‘Come learn, man,’ because I’d always watch him tint and ask him questions. The type of questions I’d ask were questions showing I was trying to learn it.”

Murray worked with Arthur for two years, grasping the significance of efficiency over speed along the way. He then moved to Denver, where he became the store manager for Tint World there. The Mile High City move marked a shift in both altitude and responsibilities.

Murray’s career can be characterized as hands-on. From installing mobile electronics to window tinting to running the show for a global franchise, his resume is varied. Today, he leads tinting efforts in Colorado as Car Toys’ regional tint program manager.

“On a daily basis, being around my team [is gratifying] and watching how much they do with little things amazes me—the little creative solutions they come up with,” Murray says. “A big thing I fight for is creative problem solving. What would you do? Not what would I do, but what would you do? Let’s go from there. Seeing those learning moments click in people is awesome. Seeing them go from one point to the next with either more knowledge or better skills and just watching that change. [It’s] amazing ….”

Six of the 11 Car Toys stores in Colorado offer window tinting, with more to follow. Murray leads his current teams intentionally to ensure that the company—and its tinters—achieve optimal results. 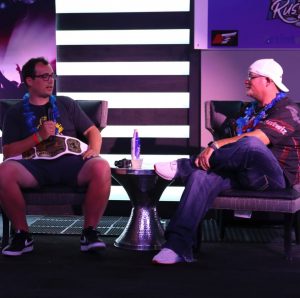 “I’m going to focus on the tinters on my team more than the company, and I’m going to build the processes and systems in our company around what it takes for our window tinters to be successful,” Murray says. “Because in the industry, where we have a commission-based job, if the tinters are making good money, then the business is making even better money.”

Murray says it’s crucial to recognize the stark contrast between tinting and managing a team.

“The important part is how you treat other people and how you use what you know to build other people,” he adds. “And that’s just a different skill set than tinting itself. Putting film on a car is an awesome skillset that is transferable all over the world. Teaching someone to tint windows is a whole different skill. There’s a difference between tinting a window, looking at someone and saying, ‘See, do it like that,’ and really working with that person, listening to their mindset and showing them several different ways to see how it clicks with them.”

Murray believes anyone can learn leadership.

“A lot of people have talents, and talents only get you so far,” he continues. “Mindset can get you a lot farther. When you’ve got a mindset that says this is who I am and this is what I am—you put limits on yourself and you keep yourself from doing something bigger. But when you try to apply yourself and try to get better and better every day—and help others get better and better every day—I think that is the initial part of becoming a leader, especially when you start helping others.”