The Difficult Customer—Can You Please Them All?

Film shop employees aren’t strangers to difficult customers. From complaints about dust particles and bubbles to erroneous, one-star reviews to unwarranted refund requests submitted by customers who expect nothing less than perfection—tint shop owners have experienced it all. But are the headache-inducing sales worth the trouble?

“If there’s an imperfection, I’ll find it.”

That’s what one customer said before dropping off his Ford Crown Victoria for a tint job at Eclipse Window Tinting. The Macomb Township, Mich., tint company has been recognized for its work in the Detroit area and its attention to detail. 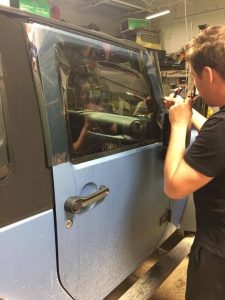 Blake has dealt with his share of difficult customers. (Photo courtesy of Jonathan Blake)

“I immediately told him nothing in this world is perfect,” says owner Jonathan Blake. “I tell my customers that and they hate to hear it. But if you look at the paint job on a brand new car—some of these cars off the factory line have scratched glass and imperfections. I go back to that old saying and tell them, ‘You’re supposed to look through it, not at it.’”

Blake got a surprising call about a week after he did the job. The customer had called Eclipse to voice his satisfaction with the installation, which had exceeded his expectations. But two weeks later, the saga continued with a different kind of phone call.

“I answer and he says, ‘Hey, Jon, the other day I noticed some bubbles in the back doors,’” Blake says. “ . . . So I took the time and we went over it, and he goes, ‘The other day, I was in my backseat, and I was laying on my back in my backseat with a flashlight. And I noticed that at just the right angle, the light would hit the window, and I could see specks.’”

Blake scanned the former police interceptor further and saw a five-star job. He then asked his customer a simple question: How do we make you a happy customer? The customer then requested that he re-do both back-door windows for peace of mind. Blake gave in.

“He goes, ‘I really appreciate it—I hate to be that guy,’” Blake says. “[It’s] an infamous line they say, but they love being that guy.”

Blake stripped the film, re-installed and then let it sit overnight. The displeased customer picked up his cherished Crown Victoria the next morning, and two weeks later, Blake followed up with another phone call to him.

“I spoke with him, [and] he was thrilled,” Blake says. “He said, ‘I know I’m a pain, but I’m so happy that you took the time and you went above and beyond and exceeded my expectations and you followed up with me. That means the world to me.’”

To this day, Blake gets referrals from the Crown Victoria owner. 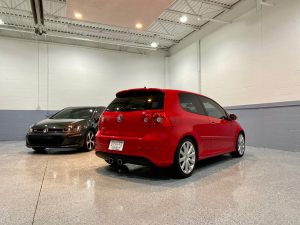 “Let’s make it right,” Blake says. “That’s a prime example of even when you know the customer is not right, you do your best to make them happy. If he was not happy after I re-did [the job], I was going to offer him a refund, call it a day and move onto the next one. But at least I showed effort to make it right and it worked out.”

“People want it now,” says Salvador Hurtado, vice president at Sal’s House of Tint in Houston, Texas. “Amazon can have it here in 24 hours. Some people think tint works that way. However, a true hand-fit tint installation with high-quality material takes a little time.”

“The toughest customer I have ever dealt with was extremely rude to the point of getting kicked out of the building and not even discussing his options for film,” Hurtado says. “He wanted to tell me the price he was going to pay and he wanted me to stop what I was doing and jump onto his project immediately. [I] have no tolerance for disrespect. We found out soon that he had become a problem to a few dealerships as well, not only us. He was not the type of clientele I search for. We just moved on.”

Eric Moore, owner of Trick Tint Window Tinting in Stevensville, Mich., encountered one of his most difficult customers two decades ago.

“She was standing over me, hawking me the whole time I’m doing her car,” Moore says. “I’m like, ‘Ma’am, you need to back up. Let me do my thing.’ Then when I was finished, she was like, ‘What’s all this? What are all these bubbles?’ I’m like, ‘Ma’am, I can take this off if you’re going be that picky of a customer. I’ll give your money back.’”

“[Customers] just expect everything to be there at a cheaper price,” Moore says. “It has to be what they consider to be perfect, even though [some have] never had window tint before. They expect it to look like the factory tint.”