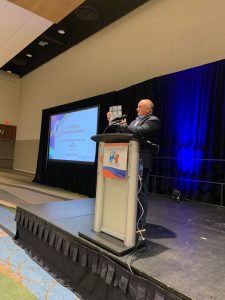 Hutson recommends shops learn by pushing perfection to the side and learning by doing.

“Everyone at some point has messed [decorative film] up,” Hutson said. “And that’s how you learn, but you can’t let fear keep you from doing it because there’s too much money you’re leaving on the table by not doing it. You can start small and then build up to what you want to do.”

WFCT continues through Wednesday. Stay tuned to windowfilmmag.com for the latest news from the event.