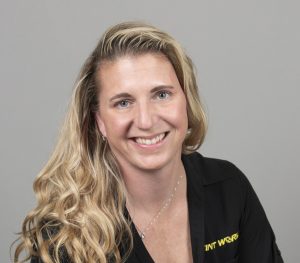 In this role, Wruck will serve as the point-of-contact for new franchise owners, oversee onboarding new franchisees, and take part in project management across multiple departments.

“Kelly has more than 10 years of experience in the franchising industry and that knowledge will be a great asset to Tint World®,” said Charles J. Bonfiglio, CEO and president. “We have an amazing headquarters staff that contributes to our excellence as a leading franchise brand on a daily basis, and Kelly will add value to that team.”

Wruck will help new owners set up their locations while also distributing information to the departments at the headquarters. Additionally, she will work with new owners on their taxes, leases, and franchise development.

“I’m excited to be a part of the onboarding team, welcoming new location owners to the Tint World® family,” Wruck said. “As new owners come on board, there can be a brief learning period – both from a legal and an informational standpoint. I’m pleased to help guide them through these important first steps in owning a franchise location.”

Before joining Tint World®, Wruck worked in sales and logistics for companies such as Straus Building Solutions, Beerhead Bar & Eatery and United Franchise Group. At these companies, she aided in acquiring accounts for franchisees as well as developed business plans while leading franchisees through the onboarding process. Wruck is also a former police officer and has worked for the Department of Homeland Security.