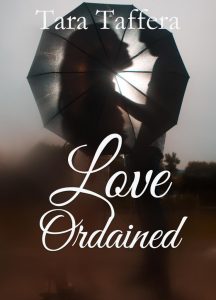 Window Film and PPFMag editorial director Tara Taffera doesn’t just write about window film and paint protection film. Taffera recently completed her first novel, Love Ordained, which has been published by Winged Publications. The book is available in print and on Kindle at Amazon.com.

Completed in March 2020, the Christian Romance was an off and on focus for Taffera, who says it “was 20 years in the making.” After stepping away from her efforts, she resumed the project for a brief period in 2019. Then, while on a trip in February 2020, a close friend inquired about the project, asking, “Why haven’t you finished your book?” Taffera says. “It was something my husband had also been asking me, and I wondered myself,” she adds. A month later, her first novel was done. “Once I set my mind to something, I put a plan of action together and I do it,” she says.

The story began as a simple romance novel, but as a lifelong Christian, “I knew God wanted more for me,” Taffera says. “The next time I sat down to work on the novel, I said this is going to be a Christian romance and I never looked back.”

The story follows the tragic events surrounding the life of a young widow, Gina Andros, who lost her husband, Alex, and nearly two-year-old daughter to a car accident. In a series of intriguing developments, Andros’ life takes numerous twists and turns, as she progresses through her grief, regaining her strength. Along the way, her mother-in-law—who she views like a second mother—blames her for the accident, aiming to cut her off from the family. As the novel settles into its final chapters, a new love appears for Gina, but swarming with uncertainty: Is this the relationship God intended?

“Most everyone knows Tara as an excellent business writer and editor,” says Window Film and PPFMag publisher Deb Levy, “but it’s been thrilling to us all to see her debut as a fiction author and published novelist. And, I am so personally delighted for her I am bursting with pride.”

As a writer, journalist and editorial director of 23 years, Taffera is quick to clarify that she has no intentions of making a career change. “Not a chance,” she says. “After all of these years, I still love coming to work every day and cherish the people and industries we serve. The series, A Divine Love, will remain my nighttime and weekend focus … I can’t wait for people to experience these stories,” she adds. “It’s my sincere hope that they will not only be entertained, but that it touches their lives in some small way.”