The International Window Film Conference and Tint-Off (WFCT) attracts competitors from around the world, and a panelist of previous winners share their tips on how they prepare. All agreed that paying attention to details, training and transforming their shop bays play a role in their success. This year’s event will be held June 7-9 in Orlando. 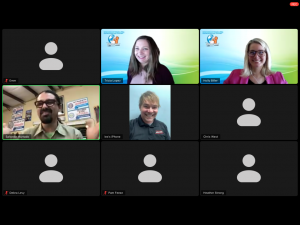 “Six months before the competition I isolate either the driver or the passenger door, which is usually what we work on, and treat the installations like the tint-off,” said Sal Hurtado, co-owner and operator of Sal’s House of Tint, during an online session. “I’ll maybe shave a little bit of time off and treat it where Michelle, my wife and co-owner, will say go and I begin as if I’m competing. I start at zero, time it, then finish and look to see where I’m at just to have a good feel for what it’s going to be like in the competition.”

During the event attendees could log on virtually to learn about what it takes to be a winner in the film business for the upcoming live show in being held June 7-9 in Orlando, Fla. Biller asked the panel of competition winners’ questions on everything from preparation to what tools they bring.

Similar to Hurtado, Helton finds himself getting mentally prepared a few months prior to competing. “In the shop I’m thinking that I’m in the competition,” said Helton. “Normally if I’m in the shop I’ll use the plotter, but obviously we don’t have that advantage in the competition, so I do a lot of hand cutting and I work off of the car and just mainly treat my bay as the completion floor and focus on doing the installation properly.”

According to West, financial incentives can play a role in how he prepares. “I start to focus on time and have the guys pull out their stopwatches,” said West. “We all are also concerned about checking. I grab a couple of guys in the shop to check what I’ve done, similar to the judges in the competition. Sometimes I even throw a little money at them whereas if they find something wrong they might get $20.”

Biller asked if the environment for each of the panelist’s shops change prior to competing. All said they aim to create a similar overall feeling to help them focus.

“I let some of the younger kids that hang out at the shop on the weekends become the spectators while I work,” explained Helton. “A lot of the younger kids that watch aren’t familiar with the business so they really don’t know what I’m doing and they might even ask questions. I let them watch my every move just like in the competition so I’m nervous for a 16 year-old kid watching what I do every day just as we’re nervous on the competition floor.”

Sign up to watch the session via webinar on March 3 at 12 p.m. EST.