“It’s a big thing for us to move into a bigger location because when you stay in a place for 10 years or so you want to be able to challenge yourself and see your business grow and that’s exactly what we get to do,” said Sid Maharajh, co-owner of Genesis Window Tinting (GWT) in Elk Grove Calif., as he described signing a new lease for a bigger location.

GWT has been in the Elk Grove area since 2004, Maharajh, says the company’s first shop lasted roughly a year and a half and was about 2,500 square feet. GWT then moved to a space that combined was about 7,000 square feet and the company stayed there from 2006 to the present. Now, GWT is on the move again, but this time in a much larger space. 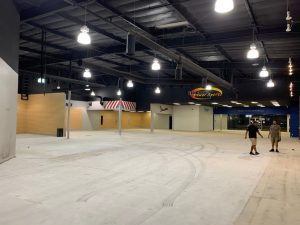 “On November 1, 2020, because that’s our move in date supposedly (but it’s probably going to be mid-November with the way things are moving now) we’re going to [move into an] almost 10,200 square foot building,” said Maharajh.

He said the new location will allow the business to branch out into more services like ceramic coatings and vehicle wraps. According to Maharajh, the company offers automotive window tint, paint protection film (PPF), flat glass and vehicle wraps.

“This new location is right across the street from one of the busiest gas stations in the Valley and we’re bringing in a heavy concentration on ceramic coatings as well as wraps,” said Maharajh. “In the last two years we’ve been doing a lot of wraps for vehicles and buildings and what we’ve found is that with a smaller operation there just isn’t enough room.”

He explained that the business would often have to schedule around larger box trucks that would “come in and sit for several days” because there wasn’t enough space to perform multiple installations. This, according to Maharajh, began to impact other areas of the business.

“Our goal is to always be able to grow as we can and diversify our services,” said Maharajh. “We don’t want to be in a position in the future where we’re only concentrated in one area when we have expertise in several areas.”

Having a concentration in multiple areas can be seen as a good thing for current and potential customers, but there are challenges associated with it too. Maharajh said he thinks the main challenges are understanding the products and offerings, understanding where the demand is for said services and having the expertise to install your new offerings.

“What we’ve found in the last two years a lot of people want to go a step farther when they get PPF, as they also want protection with ceramic coatings,” said Maharajh. “There were some challenges in not being able to meet what the market was looking for so I’m not sure if every geographical location is the same, but in California ceramic coatings and restyling created a buzz in the industry.”

GWT partnered with a local detailer that does paint correction to learn more about coatings instead of trying to learn a new service on a customer’s car. “We did have people in our company who were interested in learning more about coatings and went to get professionally trained,” said Maharajh. “I think that the relationship with an existing operation was an advantage that gave us the option to give our customers more.”

“We want to diversify our business so that we can weather the storm,” said Maharajh. “What we’ve learned this year is that we have peaks; we had the time when we first came back from COVID and it was window tint after window tint.”