In my business, I often find myself having conversations with people regarding whether Facebook is still a valuable place to spend advertising dollars. Since some feel fewer people are using the platform, they question whether the impact is as good as it once was. I wanted to share some recent data gathered from the Pew Research Center that details exactly how Americans are using Facebook in 2019. 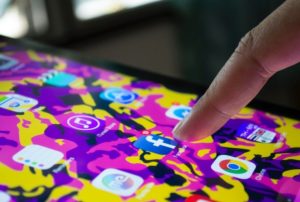 I should start by differentiating the cost of getting results on Facebook from whether the platform is still effective. The cost is based on how many people are advertising. The more people advertising, the more it will cost to get the same results. So, your ad budget might be getting fewer results because the cost has risen. That is not an indicator that fewer people are using the platform. It merely means you now have to spend more to reach the same number of people.

I hope these facts demonstrate that Facebook is still an important place for most businesses to market their products or services. Sure, it will cost you more to get the same results in 2019 than it did in 2016, which is a result of more people advertising, not less. Overall, used properly, Facebook will still provide strong results at a relatively low cost. As a result, we still strongly suggest that Facebook is a foundational marketing piece to most small business owners in the United States.

After building several businesses in both the B2B and B2C environments utilizing digital marketing and social media platforms, Patric launched his own digital marketing agency, Eye Magnet Management, in 2015. This business has rapidly grown to represent the digital marketing efforts of some of the largest names in the window film industry as well as numerous other clients in industries as varied as golf, clothing, art, international freight and restaurants.