Global Window Films, headquartered in Gaithersburg, Md., is set to return to the International Window Film Conference and Tint-Off™ (WFCT) this October in West Palm Beach, Fla., as a Sapphire sponsor. This year, you can expect the Global team to highlight a variety of its automotive and architectural films. 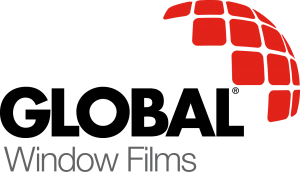 “Global Window Films is one of the world’s premier manufacturers of automotive and architectural window films. The films are manufactured in a state of the art facility that makes just about everything that goes into our window films—from the base petrochemical intermediates right down to the finished products,” the company says. “Global Window Films will be displaying its full line of automotive and architectural films. The automotive line-up will include the rock-solid Quick Dry Plus (QDP) series and the ultra-premium QDP Nano-Ceramic Series. In the architectural line-up, we will showcase the revolutionary, Ceramic Dual reflective films.”

As the only event dedicated exclusively to the window film industry, WFCT will once again feature its automotive, paint protection and architectural film Tint-Offs™, educational seminars and a packed exhibition floor. The event will be held October 4-6 at the Palm Beach County Convention Center with hotel accommodations at the West Palm Beach Marriott.

Let the event devoted exclusively to the window film industry and making connections that drive profit work for you. Be sure to join Global Window Films, as well as other film companies, working for the betterment of our industry.