Eastman Chemical Company has announced its plans to launch an aggressive consumer marketing campaign designed to capture consumer interest in automotive window film to accelerate demand for the LLumar dealer network in North America, as a first phase in a multi-year plan. 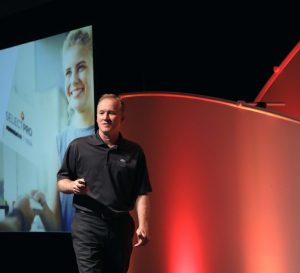 Darrell Reed, performance films commercial director for the Americas, Europe, Middle East and Africa, told more than 300 attendees at the company’s 2017 Elite Dealer Conference in Austin, Texas, that the campaign will both generate sales leads and help dealers differentiate themselves from their competitors.

“We see exciting growth potential for both our LLumar branded portfolio of films and our dealer network, particularly our LLumar SelectProTM dealers,” said Reed. “Over the course of the last few years, we’ve invested in building the finest dealer network in the category and helping them separate themselves from their competition both in terms of technical professionalism and customer service.”

The campaign includes a newly forged relationship with Chicago-based marketing agency, Schafer Condon Carter (SCC), as well as the debut of a revamped website that Eastman developed to support consumers’ need for easy-to-understand information on the film selection and installation process.