Darrell Smith, executive director of the International Window Film Association (IWFA), is celebrating his 20th anniversary with the organization. In honor of this personal milestone, Window Film magazine spoke with Smith about his start in the industry, the challenges faced and some of the most noteworthy moments. 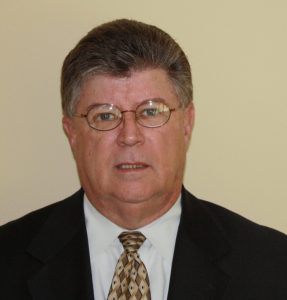 WFM: How long were you in the window film business before you became the Executive Director of the IWFA?

DS: I had worked for almost 25 years for one of the window film manufacturers serving as a service center manager, worldwide product manager, regional marketing/sales manager, and program manager. While with that company, I was its representative to industry activities and also served as the legislative chairman to both the IWFA and to the older Window Film Committee of AIMCAL (a manufacturers-only association).

WFM: What drew you to join the IWFA?

DS: Having worked with dealers and distributors and their customers over the years, I was struck by the lack of accurate information about what window film products really could and could not do and the amount of misinformation and myths that were perpetuated throughout the industry.

Some of this was due to how quickly the window film industry was accelerating during the 1980s; however, much of it was due to just a lack of real grassroots knowledge about the technical aspects of how films worked or, where the information did exist, it was only being communicated within a company and its closed circle of customers. This closed loop of information meant that, in most cases, it was slanted towards specific knowledge of one brand and its products and not window film generally. It also meant that consumers became confused about the benefits of window film in general or suspicious about widely disparate claims being made on very similar products, although different brands, from different companies.

I felt that the IWFA was a platform to raise accurate awareness and credibility of window film products and their uses by creating a level-based platform of benefits that almost all window films could offer, and then letting individual brands and products compete on “real differences.” For instance, instead of having customers face a choice between a 97-percent UV-rejecting film and a 98-percent UV-rejecting one, the IWFA could let them know that “all quality window films can block 95 to 99 percent UV.”  In this way, customers could look at other more meaningful differences when making choices instead of becoming confused (and thus suspicious) of individual claims being made.

DS: I believe the first big achievement for window film was in working to achieve a National Fenestration Rating Council (NFRC) certification path for window film energy performance. Prior to NFRC certification, the only “proof” that window film really saved energy was individual case studies or anecdotal evidence or reports created by the window film industry itself. In addition, other industries, fearing that window film might reduce sales of their products, sought to discredit or minimize any examples or evidence of window film performance. However, once window film products could receive NFRC certification, they were recognized for use in building codes, in utility rebate programs, in federal tax credits, etc.  No longer could competitors claim that films did not work—they could now be proven to do so.

This also led to the window film industry being invited to participate in DOE and EPA technology events worldwide, to becoming an active member of other industry groups like the Glazing Industry Code Committee (GICC), the Coalition for Energy Efficiency (CEE), and the Attachment Energy Rating Council (AERC). In other words, window film became recognized and accepted by the energy solutions industry as a viable and valuable technology. However, without having achieved NFRC certification first, the window film industry would have been on the sidelines only looking in, rather than involved, and even in leadership roles, in many of these efforts.

WFM: What was the biggest challenge you saw the industry face, and how did you and the IWFA respond to it?

DS: Just the sheer sizes of the glass, window and construction industry have always made it very hard for our smaller industry to be heard, even though we have some of the world’s largest manufacturers (of many other types of products) as members. Tax credit legislation was introduced before the window film industry even knew about it. State and local building codes were being influenced, and our industry as a whole had little involvement at those levels. And competitors to window film were not going to tell others about us. In addition, the window film manufacturers working through the Window Film Committee of AIMCAL were undertaking some very ambitious projects to advance window film (like NFRC certification and building code involvement on a national level).  However, the only name recognition of any organization for window films was the “IWFA,” which basically had industry and member support tools and a minimal website directed internally at the industry.

I was employed by both organizations and clearly saw the duplication and division of efforts; many times, I wore one hat but was totally funded by the other organization. We had two management structures, two separate administrative functions, two meeting schedules, two agendas and even two law firms. In 1999, the member manufacturers of the WFC of AIMCAL and other IWFA board members began discussing the tasks involved and benefits from consolidating efforts. In 2010, the WFC was merged into the IWFA, as the IWFA Manufacturers Committee and the new consolidated organization created a committee structure based on the nature of the tasks to be accomplished. A new website was created and updated. And in 2013, the new IWFA also decided to quit just “talking to ourselves” by launching a full social media program directed to creating consumer awareness and becoming the “go to” source for generic information about window film and its uses. By any measure, this has been a significant success, with today’s website receiving 14,000 unique log-ins per month.

WFM: What do you consider to be the biggest achievements or highlights of your career?

DS: I would hope it hasn’t happened yet. Yesterday is the springboard from which to launch new future efforts and a backstop to prevent repeating failures of the past, so I don’t actually measure anything by it. And none of the “achievements or highlights” during my career are without real dedicated effort by many others enduring some heavy lifting.

I prefer instead to speak to what has been the most satisfying and encouraging part of my career. I have been able to see two different groups, manufacturers/suppliers/technicians and distributors/dealers/influencers, which basically had begun treading water and swimming in circles in fairly small pools, come together and build and staff a boat which can travel further and faster than any of them individually. And now it appears that with the European Window Film Association (EWFA) coming on board, the IWFA may even be looking from lakes to oceans.  That’s what I consider a great ride, and I am grateful to have had a front-row seat for it.