If you’re strictly an automotive installer, and your winter season is slow to pick up sales or you’re looking to add on services, there may be an easy way to break into the architectural market. 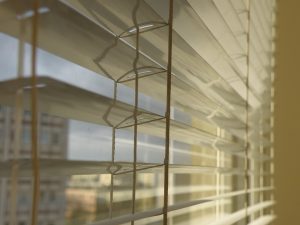 Those already in the architectural sector will tell you that approaching storefronts that use blinds is one of the easiest ways to enter the market. Not only are storefronts manageable and sales can be easy, but there’s also no shortage of opportunities, making it a viable option to pick up business.

Bobby Dismang, co-owner and lead sales at Midwest Tint Techs in Union, Mo., has a few tips on what to do and what not to do to increase your chances of landing the job.

First impressions can make or break a deal. And though this goes without saying—dress the part. Dismang suggests wearing a collared shirt, and if you have one with your company’s logo on it, that’s even better.

It’s important to ask questions that require a response from the potential customer. Dismang suggests, “I noticed you all have blinds up—do you guys deal with a lot of heat or is it because of the glare?”

This allows the perfect segue to introduce film and the many benefits it provides. “They think blinds reduce the heat, but they really don’t,” says Dismang.

He adds not to be critical. Being in the industry, installers are already aware that film is the superior solution, but outsiders may not. “It’s our natural thing to go in there and tell them ‘Man, those blinds look bad,’ but that’s the wrong approach,” he says.

According to Dismang, one of main reasons storefronts opt for blinds is because they’re afraid they’ll lose visibility with tinted windows. If they’re unfamiliar with window film, they may not realize that it can be optically clear without sacrificing heat rejection.

For this situation, Dismang advises, “So along with your more economical films, pitch a top-dollar clear film with high infrared reduction—they’ll often buy it.”

The old adage “seeing is believing,” has a lot of truth behind it, especially when it comes to architectural film installations. If a customer’s not sold on what film can do for them right away, let them see for themselves. “I’ll leave an 8-by-10-inch sample in their window with my business card underneath it, and tell them I’ll be by in a few days to remove it,” Dismang says, “In the meantime, I tell them, ‘just feel the difference.’” He says to think of it like farming—“plant the seed and let it germinate.”