It’s a new year, and for some tint shop owners across New York State, it’s bringing a lot of change. On November 28, 2016 Governor Cuomo signed a bill into law that states as of January 1, testing the VLT of window tint is now a mandatory part of a vehicle’s annual state inspection test. New York State law already required a 70-percent visible light transmission (VLT) or higher, one of the highest VLT requirements of any state. It wasn’t strictly enforced until now. The new inspection law caught some tint shop owners off-guard. 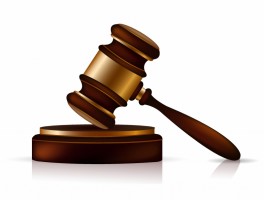 “They basically blind-sided us with this,” explains Christian Zagami, owner and operator of WC Tint in Staten Island, N.Y. “They’ve tried to pass this for years, so we didn’t pay much attention. But come July-August, it started getting more attention. And the next thing we know, the bill was passed in what seemed like overnight.”

Prior to the new law’s enactment, police officers would use tint meters to test VLT at their discretion, but now, all auto inspection shops must be equipped with tint meters to test for compliance with the state’s tint law. If a vehicle’s tint registers below 70 percent, it won’t pass inspection.

“Right now, our business hasn’t been affected completely,” says Zagami. “We have noticed—starting this past weekend—that a few people have come to us to have film removed after failing their inspection.”

But it’s not the required window tint inspection that has installers across the state worried—it’s the high VLT that’s required. “Personally speaking, I believe the current New York law is unreasonably severe and does not strike a proper balance between allowing the public to have the proven positive benefits of window tinting on their vehicles and still not creating an unsafe situation for police officers or other drivers and the public at large,” says Darrell Smith, executive director of the International Window Film Association (IWFA), emphasizing that this is his personal belief. He adds that the IWFA has worked for more than 25 years with law enforcement, inspection and public safety officials to educate them about the proper uses of reasonable levels of window tinting. Smith is also careful to note that the VLT law in New York State has not changed, just the measures in which it will be enforced. “The reality is that the IWFA, while working to change the situation from an unreasonable law to a more balanced one we can help support and enforce, will in no way interfere with a state enforcing its current laws,” he says.

And Zagami agrees. “It’s tough because 35 percent [VLT] is legal in 40 other states,” he explains. “We understand the reasoning behind the law; we’re a big advocate of civil servants and promoting their safety. We’ve always recommended our customers to stay light with tint. You’ll get the beauty of tint and all it has to offer. Police officers need to be able to see inside of a car, and 35 percent would allow that.” According to a report by CBS New York, the new inspection law serves to protect police officers in the event of a traffic stop. “In 2007, Det. Russel Timoshenko and his partner, Sgt. Herman Yan, were shot during a routine traffic stop. Officials said the excessive tint on the vehicle’s windows preventing them from being able to look inside. Timoshenko was killed. His partner was wounded, but survived,” CBS stated.

Zagami has even been in contact with both the the senator’s office and the bill’s author. “It seems they passed this bill without any kind of knowledge of window film,” he explains. “… When I spoke with the lady who wrote the bill, I asked her if they took into account that some cars, like the Mercedes Benz S Class, have a factory tint that has a VLT lower than 70 percent. Her response was ‘We didn’t know about that.’ How do you pass a law without any kind of knowledge on the subject?”

Zagami believes the new inspection law combined with the 70 percent VLT will put many small shops out of business. And he’s not alone in that belief.

“It’s absolutely going to push some tint-shops out of business,” says Dan Dinardo, owner of Auto Trim Design in White Plains, N.Y. “New York State has a very unreasonable law. Window tint is something that has value. When used responsibly, it has great benefits. 35 percent is reasonable for both police officers and consumers.”

But Dinardo thinks it was a political move more than anything else; calling it “an easy victory for New York City Mayor Bill de Blasio,” and less about championing the cause of law enforcement protection. De Blasio had proactively called upon Governor Cuomo to pass the law. “A lot of these cases where there’s an officer shot are happening from the back of SUVs, which are allowed to have really dark tint, and it’s perfectly legal. It’s federal law,” he says. But he echoes Zagami, saying he, too, wants to promote officer safety, but the VLT requirement is exceptionally high.

Other tint shop owners aren’t waiting around to see a deficit, as is the case for David Romano, owner of Next Level Tint in Mamaroneck, N.Y. “I’m actually really scared on how this is going to affect my business. I’m already looking into moving to either Florida or California,” he explains. “I honestly don’t want to wait and see what happens or lose any more money.”

But Zagami is doing everything he can to make sure his shop, as well as all other tint shops across the state, have a secure future. “I’ve been in contact with the IWFA, not to combat this law, but hopefully to raise the legal limit in New York State.”

In the meantime, he’s remaining hopeful. “We’re going to abide by the law, try to maintain customers and just hold on. We don’t want to fight the law, we don’t mind cars being inspected; we just want to change the legal limit to 35 percent. In my opinion, a little something is better than nothing,” he says. “We do paint protection films and residential/commercial installations, but a good chunk of our business is in auto.”

But Zagami wants to make one thing clear to all New York tinters, “We may be competition, but we all need to come together for this cause to help get all of us out of this. We have to figure out a way to get something going to [change the legal limit.]”