It’s been quite a year for the window film industry. From acquisitions to lawsuits, major manufacturer moves reigned the top spots in 2016’s year-end wrap-up. Without further ado, here are the top five stories that saw the most traffic on WindowFilmMag.com this year. 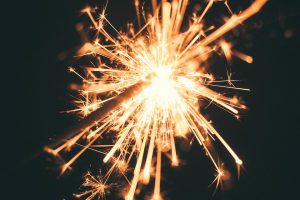 The start of 2016 was marked by a lawsuit between two major film manufacturers and would remain a hot topic throughout the year.

According to the document, 3M claims, “XPEL has been and is directly infringing at least claim 1 of the ’263 Patent in this District and elsewhere … by making, using, selling, offering for sale, and/or importing at least its XPF Paint Protection Film.”

At that time, XPEL had no comment as the company investigated the allegations. However, company stocks took a major hit at the time of the announcement.

With the goal of expanding its presence in the Asian-Pacific market, U.S.-based window film manufacturer MaxPro awarded an exclusive Pan-Asian distributorship to Singapore-based FilmTack PTELTD (FilmTack).

MaxPro’s president Joseph Cobbe saw the relationship with FilmTack as an important step for the company in creating a larger footprint in the worldwide markets.

XPEL stated in the court document, “On the information and belief, the ‘263 patent and its claims are invalid for failure to satisfy one or more conditions of patentability,” listed in the United States Code.

The company demanded a trial by jury and requested judgment declaring each claim by 3M invalid.

Proceeds from the sale were expected to be split between kibbutz members, who held 75 percent of Hanita’s shares, and Tene, a private equity fund who held the other 25 percent.

Though a few from the window film industry disagreed (according to comments on the initial post), researchers at the U.S. Department of Energy (DOE)’s Berkley Lab may have developed a polymer heat-reflective coating that can be painted on at one-tenth of the cost of window films, according to lab officials.

“There are retrofit window films on the market now that have spectral selectivity, but a professional contractor is needed to install them, a barrier for many building owners,” reads a post by Berkeley’s science writer Julie Chao. “A low-cost option could significantly expand adoption and result in potential annual energy savings of 35 billion kilowatt-hours, reducing carbon dioxide emissions by 24 billion kilograms per year, the equivalent of taking 5 million cars off the road.”