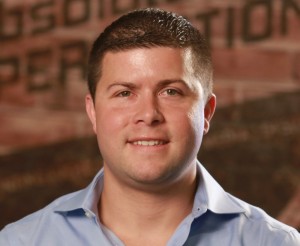 Inc. Magazine’s annual list of America’s 5000 fastest-growing private companies showcases some noteworthy talent across all industries, and window film remains one of them.

Three industry companies are featured on this year’s list: National Glazing Solutions out of Atlanta, Ga., made the cut; Absolute Perfection, headquartered in Skyesville, Md., is on the list for the second time, and Scorpion Protective Coatings Inc. of Cloverdale, Ind., has also made it on the list for its third time.

Bill Valway, owner of Absolute Perfection, is no stranger to Inc.’s 5000 fastest-growing private companies list. Last year his company made its debut at No. 2042. The company provides automotive, residential and commercial window tinting services to the Maryland, DC, and Virginia area.

Over the past three years, the company has seen a 152-percent-increase in sales (up to $2.4 M from last year’s estimate of $2.3 M), employed more than 25 employees (compared to last year’s 18) and successfully operates two divisions in addition to tinting—vehicle wrapping & applied graphics, as well as media.

With a company that’s delving into other marketing services, it’s no wonder Absolute Perfection continues to grow and reign within Inc.’s 5000 list.

With operations in more than 37 states, National Glazing Solutions has experienced a growth of 103 percent over the past three years. According to the company, its revenue amounts to an estimated $4 M, even though it’s been in the business fewer than ten years.

“As an entrepreneur, you never want to stop learning. Being included in the Inc. 5000 list and attending the conference and gala will open a lot of doors for us. The experience will help us continue to deliver the latest window-film solutions and outstanding service to our customers,” says Beale.

This is Scorpion’s third year being featured on Inc.’s 5000 list (it made its first appearance in 2013 at No. 3004). The company has managed to maintain its spot by outputting a 47-percent growth (a revenue of $6.6 M for 2015) in sales over the past three years by offering consumers coating systems for both truck bed liners and commercial applications, window tint and protective film products. 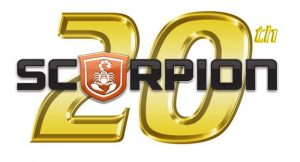 The company is family-owned and operated and has been providing consumers with aftermarket products around the world since 1996. They have partners in all 50 states and in more than 30 countries worldwide.

“Being named to this list three out of four years is a great accomplishment for our team,” says Clayton Tomasino, CEO of Scorpion. “It shows consistency and a desire to outpace the competition while dealing with numerous external factors.”

It’s always good to see window-film companies landing on Inc.’s 5000 list. It’s a major feat for them, and it shows window film, as an industry, is still on the up-swing. Hopefully next year we’ll continue to see such growth in the tinting industry represented by new and familiar names.