San Antonio’s Made for Conventions

Forget Las Vegas. After a recent trip to San Antonio, home to the 2016 International Window Film Conference and Tint-Off™ (WFCT), I’m convinced this city is one of the best locations to hold a convention in the U.S. Furthermore, the city’s size, amenities and hotspots seem to be made exclusively for the members of our industry.

I’ll start with the convention center, which is where we’ll be spending most of our time. The place recently got an overhaul—half of it was demolished and a new facility was constructed in its place. The center is in peak condition with food options available on site and close by. It’s only one block from our host hotel and will make for a great place for official event activities (without the long walks of last year). 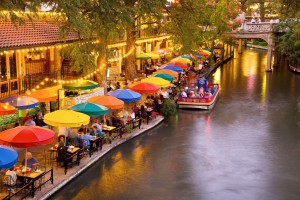 Travel and Leisure Magazine says the Riverwalk is the 23rd most-visited tourist attraction in the world.

Nothing says “Successful Pub Crawl” like San Antonio’s Riverwalk. As the 23rd-most-visited tourist attraction in the world, this highly walkable, sprawling entertainment option will serve as a prime spot for food and drinks for the pub crawl or simply throughout the event. Just don’t fall in.

The site of the Texas Revolution’s most pivotal battle is walking distance from where we’re staying. Open daily from 9:00 a.m. – 5:30 p.m., this landmark is a great place to go in the days before or after the event.

While the Riverwalk has its share of nightclubs and bars, the historic (and nearby) Bonham Exchange might be a good place to go after the after party. This huge night club has three dance floors, frequent drink specials and gives you a chance to meet the locals at one of the city’s most popular spots. I went—and it was quite fun.

Walk in the Park

Unlike many convention cities, San Antonio is very easy to get around. Most of the major attractions are in walking distance from the host hotel, and those that are not are a cheap $5 Uber or Lyft ride. The accessibility will provide attendees with the opportunity to do more in less time.

Being from the most northern of southern states (Virginia), I can always appreciate a city that’s warm in October. This will be no problem for San Antonio, as the city’s average high is 82 degrees in October.

So join me—and hundreds of other industry professionals—this October 5 – 7 at the 2016 International Window Film Conference and Tint-Off™. Complete with educational seminars, international competitions and a first-class host city, WFCT will be an investment that is more “worth it” than ever.

Register before June 10 to get early bird prices! Click here.