It’s the one day of the year dedicated to this industry—National Window Film Day. Held annually on April 30, the celebration is now in its third year. Tinters, municipalities and manufacturers have plans to recognize the product. Here’s what some are doing.

The day is getting a big push by the International Window Film Association (IWFA). The association has provided member and non-member promotional resources, which can be found here.

“National Window Film Day is a valuable opportunity for families, homeowners, drivers or any other citizen to learn about the benefits of this affordable technology,” says IWFA president Jack Mundy.

The mayor of San Diego is the first of what is sure to be several public officials to proclaim the day as official. 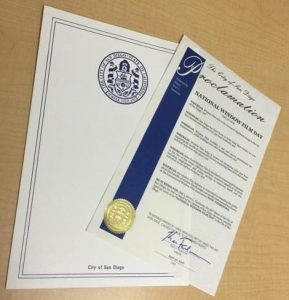 “Window Film aids in the savings of significant energy in the City of San Diego,” he says, adding that the city “has been home to Solar Gard Saint-Gobain for over four decades and employs over 150 local residents.”

Tinters are doing their part to celebrate the day as well.

“I will be giving 15 percent off residential estimates from the 25th onward,” he says. Steve Dambrowski of D&S Window Tinting will be doing the same.

Still, some tinters didn’t know the day exists. In an industry-specific forum, several asked when the day was being held.

Last year, the day was considered a success, with a significant increase in public officials’ proclamations year-over-year and an uptick in social media traffic centered around the event.