HanitaTek is returning to sponsor the 2016 International Window Film Conference and Tint-Off™ (WFCT) bigger than ever before—at the Emerald Level, which is double its last year’s sponsorship. The event, set to be held October 5 – 7 at the Henry B. Gonzalez Convention Center and San Antonio Marriott Riverwalk, will include educational seminars, an exhibition hall and the attendee-favorite Tint-Off™ competitions. 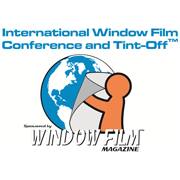 We spoke with Sergio Shmilovitch, vice president of its window film business unit, on what the company will bring to the event this year.

SS: Having been a sponsor for several years now we feel there in no better way to show support for the industry and its premier show than the WFCT event. The event also provides an excellent opportunity to showcase our new product offerings and meet with many of our customers.

WFM: What do you find to be the most beneficial part of being at WFCT™?

SS: Hanita is a global leader developing and manufacturing high-performance window films we have found that Sponsorship has been a great way for us to support the WFCT event and the industry.

WFM: Describe WFCT™ in one word.

WFM: What’s the top product Hanita will be showcasing at the event?

SS: Hanita has leveraged our 30 years of expertise in flat-glass manufacturing technology to develop our new line of color-stable automotive films. Our new Sigma-Pro line comes in a range of six VLTs from 5- to 50 percent. Its metal-free film construction integrates advanced nanotechnology to deliver high performance, durable color and stunning looks.

WFM: Will you be offering any specials?