It’s true that competition makes you better. But so does genuine camaraderie.

This year’s International Window Film Conference and Tint-Off™ (WFCT) in Reno felt a bit different from the previous year. The 2014 event, held in Baltimore, had such a competitive vibe about it that when I wrote my event recap, the headline ended up being Squaring Off in Charm City. 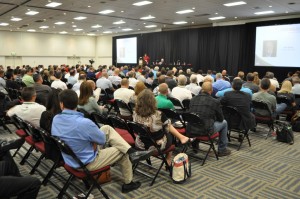 But something was different about this year. Even in the midst of international Tint-Off™ competitions and the fight for tinters’ business among exhibitors, attendees capitalized on the rare opportunity WFCT provides to network.

For example, I saw Maxpro representatives hanging out with Madico people at an industry outing. PremiumShield and DuraShield folks, both there to sell their respective paint protection films, mingled together before the awards gala. And I saw some of the nation’s top tinters answering questions from Window Genie franchisees, some of whom who pose a threat to their own markets. It was a beautiful thing.

Could it have been the increased involvement of the International Window Film Association, which brings the manufacturers and tinters together for a common goal of industry representation and education? Or was it the Professional Window Film Dealer Association, a dealer-focused group with the goal of bringing business owners together to move the industry forward, that also added to the conference’s togetherness?

Regardless of why it happened, the window film world truly came together in Reno—and we’re all better for it. We’ll tell that story and more in the November/December issue of Window Film magazine. Stay tuned!