Both the governor of the Commonwealth of Virginia and mayor of St. Petersburg, Fla., have proclaimed April 30 to be National Window Film Day.

Both places play a significant role in the industry. 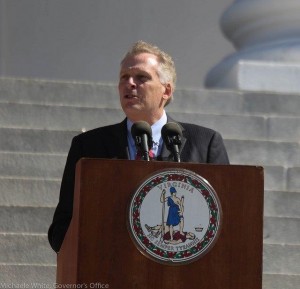 Virginia Governor Terry McAulife has proclaimed April 30, 2015 to be National Window Film Day for the commonwealth.

Virginia is the headquarters of the International Window Film Association (IWFA) and houses two major window film manufacturing facilities—those of Eastman Chemical Company and Commonwealth Laminating and Coating. All three are headquartered in Martinsville, Va.

And four hours from Martinsville, the state is also home to Window Film magazine, the only publication dedicated exclusively to the window film industry, in Stafford, Va.

“The window film industry contributes to a strong economy in Virginia by providing consumers and businesses a cost-effective means of saving energy, and creating job opportunities in communities throughout the Commonwealth,” Governor Terry McAulife says. “National Window Film Day is an opportunity to acknowledge the men and women in the industry who manufacture, distribute, and install window film, and educate the public about the industry’s many contributions to our society.”

The proclamation reads, “Now, therefore, I, Terence R. McAuliffe, do hereby recognize April 30, 2015, as National Window Film Day in our Commonwealth of Virginia, and I call this observance to the attention of all our citizens.”

Not quite as wide-swathed, but definitely significant, Mayor Rick Kriseman of St. Petersburg, Fla., has also made the day official.

The municipality has a history of being window-film-friendly.

“St. Petersburg has been the home of the Southeast’s only window film manufacturer, Madico Window Films, for over four decades and employs over 100 local residents,” Kriseman says. “Window film is installed by hundreds of small businesses in the city of St. Petersburg, offering significant economic benefits at all levels from employment to energy savings.”

Mike Feldman, president of Advanced Film Solutions, which does work in St. Petersburg, has seen the impact of window film in his locality.

“St. Pete is a vibrant city that has altered its image as a sleepy retirement town to becoming one of the coolest cities in Florida,” he says, adding that since Madico and Sun Gard films are manufactured there, it “has window film bragging rights.”

The IWFA has provided a sample proclamation that dealers can fill out and send to their local leaders.

“For 2015, the overall strategy is a grassroots campaign shared with the IWFA member manufacturers and primarily executed at the member dealer and distributor levels,” IWFA communications committee chair Jim Black said in a letter to members. “It is the IWFA’s hope and intention that ALL in the window film industry, at every level, will support April 30th as National Window Film Day.”