For the first time ever, the United States Surgeon General has publicly warned against UV radiation in his “Call to Action to Prevent Skin Cancer.”

“We’ve seen increases [in melanoma cases] — almost tripling over the last 30 years … we need to do something about it,” said dermatologist and acting surgeon general Boris D. Lushniak in an interview with The Washington Post. 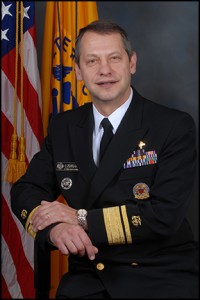 “I’ve seen patients with a variety of skin cancers, including people who have died from skin cancer. And it brings to the forefront the facts about melanoma: It’s the deadliest form of skin cancer. Each year we have 63,000-plus cases diagnosed, nearly 9,000 people die. That’s one person every single hour that’s dying from melanoma,” Lushniak said.

While the 100 page report makes no mention of window film specifically, it did recommend that businesses employing drivers or workers who “encounter substantial UV exposure through windows” consider “sun protection policies [that can] include the provision of equipment or modifications to glass in windows.”

Tint shops are using this as an opportunity to educate customers and reach out for more business.

“[The surgeon general’s report] can really help us … We’re getting more and more people being referred by dermatologists for UV protection,” says George Sanchez, manager of Tint & Detail Shop in Rockville, Md. “People are getting more educated and they’re coming in not necessarily for the look or for the privacy, but they just want to protect their skin … if you go to the beach for two hours and you’re using sun protection … but if you drive for two hours, you don’t even think about it but you’re getting the same sun exposure … if you use great film, it’s basically like wearing 1,000 SPF lotion on you,” he says.

Bill Valway, CEO of Absolute Perfection Window Tinting & Graphics, says that while people are becoming more educated “there is still a tremendous lack of awareness.” He explains that while dermatologists in his area recommend window tinting, “they [don’t] have anyone to [refer].”

Sanchez and his shop are trying to change that.

“I’m going to … use it as an opportunity to educate. [We will either] go in and talk to or write something up and drop it off to the dermatologists … so they will be able to refer people,” he says.

Valway is hoping for more than just referrals. “It’d almost be amazing if they could make a prescription for it. That would be fantastic.”

The surgeon general’s Call to Action to Prevent Skin Cancer can be found here.